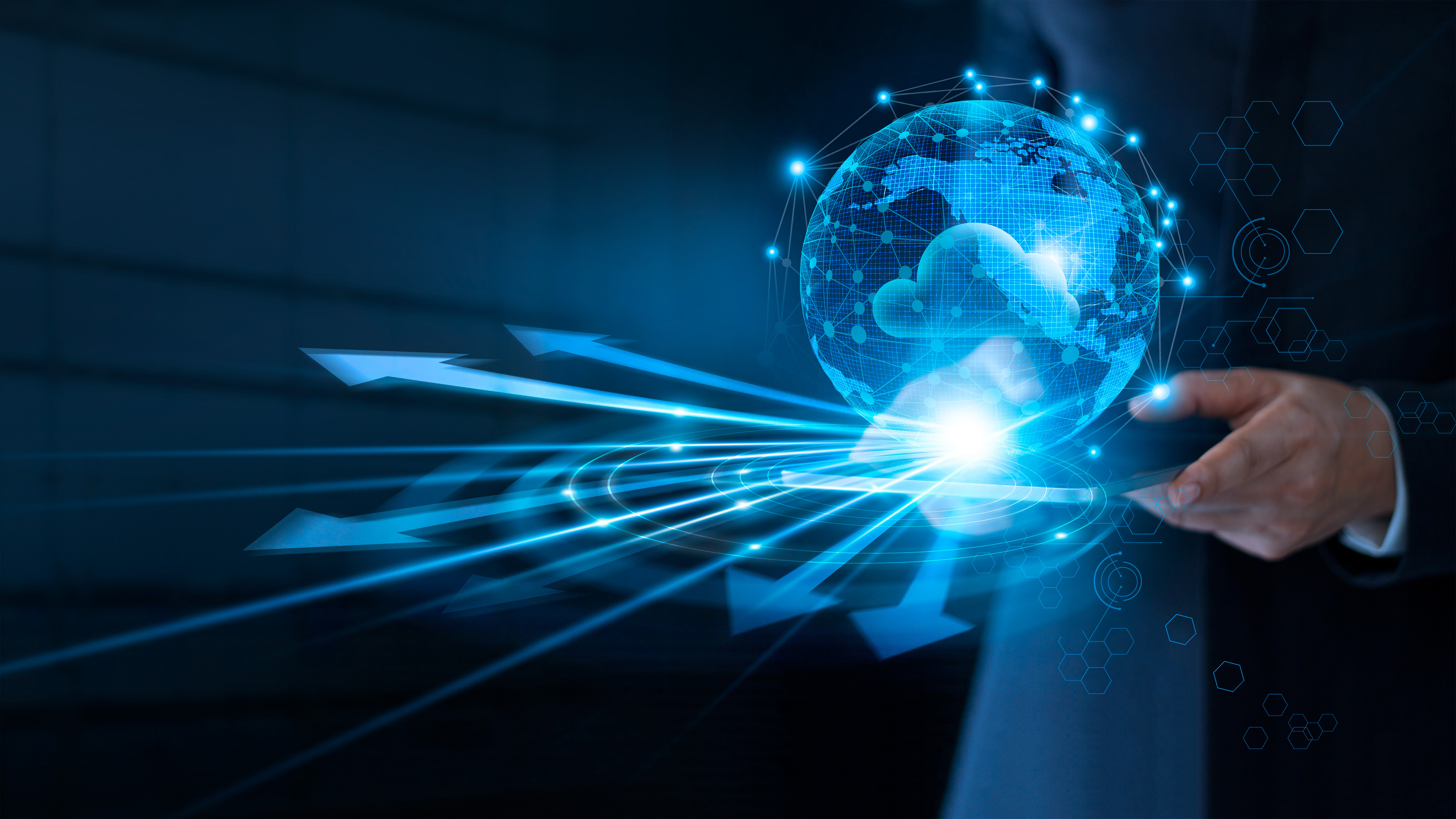 Despite billions of dollars of investments in the next generation of the internet, no one quite understands yet what the much-hyped “metaverse” will actually look like. But Unity Software (NYSE:U) and its digital content creation platform seem poised to succeed no matter where the Internet’s future leads. Let’s review four key reasons why investors should take a closer look at this business.


Video games’ popularity has been a major tailwind

Unity, founded in 2004, is a leading platform for creating and operating interactive, real-time, and 3D content. The company established its roots in video gaming, and the growth of the gaming industry has been a major tailwind for the company. According to some 2021 estimates, the gaming industry is now larger than the global music, film, and on-demand entertainment sectors combined. Over the years, Unity has become a go-to platform for game developers. Over 71% of the top 1,000 mobile games in 2020 were created using Unity’s platform.

Skin in the game in making creators successful

Unity makes it really easy for developers to adopt its platform. The company offers extensive training resources and a convenient onboarding process for newcomers. Developers find value in Unity’s one-stop-shop platform, which allows them to create and test their content, and then host, operate, and make money from that content as well. Unity also offers data analytics tools for developers to gain insights into their users’ behavior, helping developers further enhance their offerings.

Another nifty feature of the platform is its develop-once-deploy-everywhere feature. Once the game is built, it can run on more than 20 platforms, including Windows, Mac, iOS, Android, PlayStation, Xbox, Nintendo Switch, and the leading augmented and virtual reality platforms.


Finally, Unity has a major skin in the game when it comes to its developers’ success. Unity makes money when its creators make money, and this symbiotic relationship has built a thriving community of 1.4 million monthly active creators on its platform. About 65% of its 2021 revenue came from its percentage of the income its developers earn.


Innovation and acquisitions are expanding the addressable market

While the surge in video gaming propelled Unity over the past decade, its expansion into other sectors is paving the way for continued growth in the future. The demand for real-time, interactive, and 3D content is growing dramatically across multiple applications and industries, including automobile and building design; various simulations such as manufacturing plant operations and autonomous driving; and the use of augmented and virtual reality in training people.

Unity has relentlessly innovated its platform and grown its toolset to expand its opportunity. As an example, it recently released enhanced simulation tools that allow customers like Volvo Cars to run AI simulations in a few days that might have previously taken weeks to run. Similarly, Hyundai Motor is building a virtual replica of its manufacturing facility to optimize operations.

In addition to this in-house innovation, the company has steadily acquired businesses to expand its toolset. In November 2021, the company bought SyncSketch to enable secure collaboration, rapid review, and feedback between remote creators. In December 2021, Unity acquired Ziva, reducing artists’ time and cost to create high-quality characters.

Unity’s most recent acquisition, Weta Digital, is probably the most exciting of all. Weta’s tools and technology played a key role in developing the incredible imagery in productions such as Avatar, Game of Thrones, and Lord of the Rings. Unity plans to unleash Weta’s value by making its powerful, high-end tools accessible to millions of creators and artists.

The company believes that the expansion of its platform and entry into multiple industries have grown its total addressable market from $29 billion at the time of September 2020 IPO to $45 billion in the first quarter of 2022.

Creators love Unity’s platform, and after spending the time to learn and adopt the tools, they have little incentive to switch to another engine or platform. In fact, Unity’s customers are not only sticking with it, but also spending more, as demonstrated by its impressive dollar-based net expansion rate, a measure of how much more the average existing client spends from one year to the next.

Over the past three years, Unity’s revenue boasts a compound average growth rate of more than 42%, and the company’s forecasting 30% annual sales growth for the long term.

Can the investors look past the valuation?

Like any other business, Unity has a few key risks that investors should be aware of:

It is becoming clear that the immersive digital experience of the future will be shaped by real-time, interactive, and 3D objects and interactions. Unity is positioned really well as an essential pick-and-shovel play to provide the building blocks of this next generation of digital experience. Shares of Unity are not exactly cheap, but it’s a high quality business with great future opportunity. Its shares’ current pullback to a relatively lower price-to-sales ratio of 29 is an excellent opportunity for long-term patient investors to take a small position in this business. 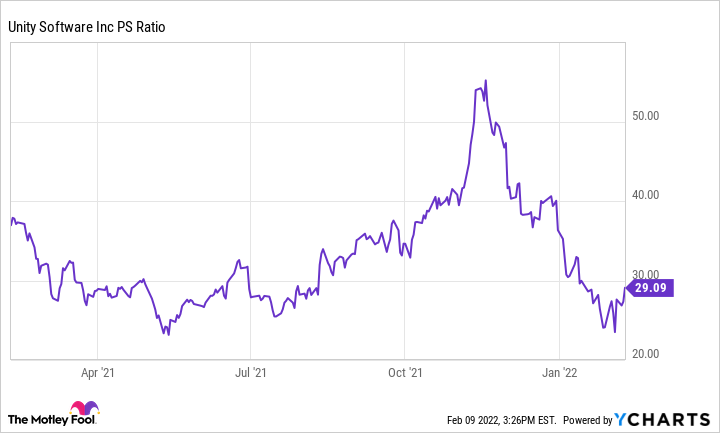 U PS Ratio data by YCharts

This article represents the opinion of the writer, who may disagree with the “official” recommendation position of a Motley Fool premium advisory service. We’re motley! Questioning an investing thesis — even one of our own — helps us all think critically about investing and make decisions that help us become smarter, happier, and richer.