After five years of working as a nanny to sustain her through graduate school in New York City, the family that employed Chloe revealed that they were leaving for Australia — in 12 hours. Without money for rent or bills, Chloe found herself teetering on the brink of homeless, frantically applying for every job in sight while fending off a corporate landlord whose behavior bordered on harassment. Then, in the final seconds of her personal doomsday countdown, Chloe made a Reddit post that changed her life forever. This is her story, in her own words.

I was at rock bottom. I was in a very, very bad place. The family I worked for wasn’t an official nannying job, so they had no obligation to pay severance or provide any form of support. This was before the pandemic hit, and because it was summertime in a neighborhood where college kids live, part-time work was sparse. Anything I could find — fast food places, cafes, etc. — only offered me 15 hours a week, which didn’t even begin to pay my rent.


I looked for online work, and it was brutal. You could do surveys that took 15 minutes each and paid 10 cents. I started doing people’s homework on shady tutoring websites; I did literally anything I could think of, applied for every job I could find, and I just couldn’t make rent on time. My building was owned by some faceless company, but the landlord who worked the building was by no means faceless. Up until this point, we’d been on friendly terms — I never missed payments and was a good tenant. But when I said I’d lost my source of income and couldn’t find work to pay rent that month, he was brutal. He started putting eviction notices on my door. I would take one off, and he’d just put another back on. It’s not like I had decided not to pay him; I couldn’t pay him. He also started saying that once I was evicted, I would never find another place to live because I would have an eviction record.

It was humiliating, and I started to panic. I sold all my clothes, my television and anything else I thought a pawn shop might buy. My apartment was essentially bare, but it got me enough to pay him. The thing was, now I only had two weeks to find payment for the next month. That’s when I hit the true point of desperation. I didn’t know what to do, and I felt trapped. So I started Googling how to make money online again and again.

Most of what came up were scams, but on the fourth page of Google, I saw a subreddit called r/slavelabor, which tells you how desperate I was to have clicked on something like that. It was essentially a place on Reddit where you can find work for very, very little pay, or post services for which people pay very, very little. I tried to apply for job posts for blog writers or personal assistants, but it was extremely competitive and I was never chosen because people didn’t want to take a risk on a new user.


And so, I decided to make a post for myself. It took a minute to try to figure out what I could offer to redditors, but I did research and found that the average redditor is an 18- to 35-year-old man. Most of my friends are men, and I’m surrounded by dudes all the time, so it immediately made me think of my friends who I often help with their dating profiles because they’re horrifically bad at them.


In my post, I essentially offered to look at people’s dating profiles on apps or websites and offer advice for $5 an hour. After posting it, I felt like I was going to throw up from anxiety. I had no idea what to do — or where I would end up — if this didn’t work. I made myself get up and take a shower. I made a bowl of ramen, and when I worked up the courage to look back at my computer, I had dozens and dozens of DMs from people who were interested.

I broke down and ugly cried for probably half an hour. It was crazy. Almost everyone who messaged me followed through, they actually wanted my advice on their dating profiles. For the next week or so, I worked every day for 12 hours earning $5 an hour for each. That alone wasn’t enough to cover rent, of course, but a lot of people would add $20 tips, which made up for the difference. They knew the position I was in and helped me out, even though I was just a stranger.

I was happy to have bought myself more time — and groceries. At this point, I was close to graduating and getting my master’s degree in social work. I’d always thought that once I graduated, I’d start doing traditional therapy, and that would be my main source of income. But I was terrified of not being able to pay my rent again, and I didn’t think I’d feel safe until I had money saved for at least two months of bills.

So I made another post. I gathered up all of the people I’d helped from the previous post and asked them if they’d post their experiences. This way, new people could verify that I was real, and it would justify me asking for more than $5 an hour. Once again, I got tons of responses. It was an out-of-body experience — that day, I was booked five months out while being able to charge $8 an hour.

About a year later, I graduated and started working as a school therapist for foster kids. But I realized how much I loved providing dating advice, too, and so, I continued posting to Reddit as well. I kept getting tons of interest.

More people commented, upvoted and messaged me than before, and I booked enough people to last another few months. The money I made was genuinely life-changing, if only because it led to the realization that it was possible to make more money doing my own dating-app, which I named “Advice by Chloe,” than doing therapy. That was a tough pill to swallow, and I felt like it was childish of me to want to keep doing the dating advice instead of doing traditional counseling now that I was a professional.

Which is why I held onto both, working overtime on dating advice and social work until I reached a point that I realized no one was telling me a career in dating advice was more childish than social work other than myself. I’d built my safety net beyond what I originally planned, so I decided I’d put all of my energy into making Advice by Chloe a full-time job.

Of course, I started out with no idea where to go. How was I going to transition this from a thing I started doing out of desperation for financial security into a self-sustaining business? I was a clinical social worker; I didn’t know anything about marketing or running a business. But I created a website and dedicated myself to learning Google Analytics. I analyzed how people arrived at my website, and where they came from. I started focusing on balancing paid ads with conversions and trying to figure out how to market this in a way where more people could find me.

Today, about 70 percent of the people who seek out my website are doing it from Google. But they aren’t searching, “Advice by Chloe,” they’re searching, “Am I too ugly for online dating?,” or “How do I make dating apps work?” I started writing blogs with titles that people would go for. My blog called “Am I Too Ugly For Online Dating” has led to several new appointments a week over the last year.

Seeing how this needed to be a sustainable income, not a one-off influx of cash to scrape together rent money, I started charging $69 an hour, pun intended. That’s when I began to take it seriously. In the beginning, when I was just trying to make enough money for rent, my advice was very cookie-cutter and universal like, “Holding up a dead fish in your picture isn’t attractive.” But now it was a job. I needed to make sure that I was helping people because otherwise I was going to feel scammy.

I started to put a lot of time into developing connections with people who work at dating sites — that way, I could talk to them about algorithms and use that information to help my clients. I also started offering more than just dating profile reviews, and basing all my advice on peer-reviewed academic articles. Research in the area of dating apps and dating psychology has exploded in the last several years, and there’s a lot that we can take from the work of psychologists, social workers and mental-health professionals by applying it to real-world advice.

Looking back on all of this, I can’t believe it’s been almost three years since I was nearly homeless. Going from feeling like I was so close to losing everything, and then having this community raise me up when I was at such a low, has meant so much to me. I’m just so grateful in ways that I just can’t really express.

To that end, I know that increasing my prices has meant leaving people behind who can’t afford my advice. That’s always difficult for me, as I want to be able to help that kid who has no idea what he’s doing and doesn’t have anyone to ask. That’s why I started a Twitch channel, where I talk about ghosting and answer questions that people have in the chat. It’s been a lot of fun and a way to connect with people and answer their questions without them having to break the bank to get good advice.

All of this is to say, I wouldn’t be here without the people on Reddit who supported me two and a half years ago. Sure, there were trolls and assholes and jerks along the way, but for the most part, everyone was incredibly kind to me at a time when I really needed it. Now that memory isn’t a pain point anymore. Instead, it makes me feel all gushy inside.

Quinn Myers is a staff writer at MEL. He reports on internet culture, technology, health, masculinity and the communities that flourish within. 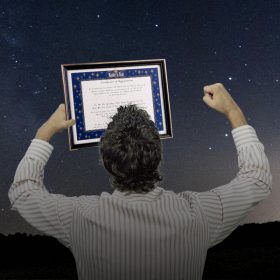