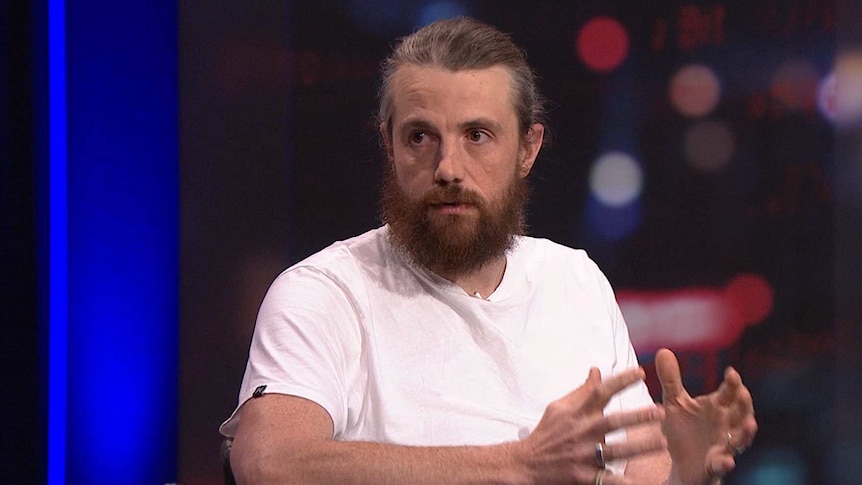 Billionaire co-founder of software company Atlassian, Mike Cannon-Brookes, says he will continue to work with the board of energy giant AGL to pursue what he argues will be one of the biggest decarbonisation projects globally, which could help Australia have the “lowest-priced energy electricity in the world”.

Mr Cannon-Brookes joined forces with Brookfield to put the takeover bid forward to AGL on Saturday, arguing that, together, they can fast-track the closure of AGL’s remaining coal-fired generators, including the Loy Yang A brown coal generator.


The AGL board on Monday said the unsolicited proposal it received on Saturday morning “materially undervalues” the company and “is not in the best interests of AGL Energy shareholders”.

That offer promised to get AGL out of coal by 2030, but AGL Energy Chairman Peter Botten said: “The proposal does not offer an adequate premium for a change of control and is not in the best interests of AGL Energy shareholders.”

Shareholders had been due to vote in June on a plan to split AGL Energy into two companies.


Mr Botten said that, under the “unsolicited” proposal, the AGL Energy board believed its shareholders would lose the opportunity to realise potential future value from the proposed demerger as both proposed organisations pursued “decisive action on decarbonisation”.


The $7.50-a-share takeover bid was only pitched at a 4.7 per cent premium to AGL’s closing share price on Friday.

“In the absence of a proposal that provides appropriate value to AGL Energy shareholders on a control basis, the board continues to believe the demerger maximises value for shareholders and is in the best interests of shareholders,” AGL said in a statement to the stock exchange.

“It’s obviously disappointing,” Mr Cannon-Brookes told ABC Radio National after the bid was rejected. “We have been trying to work with the board through the weekend and will continue to move forward.”

Who is Mike-Cannon Brookes? Is he a climate change crusader?

Mr Cannon-Brooks, together with Scott Farquhar, founded Atlassian, the Australian software company that went global including a NASDAQ listing.

It is believed Mr Cannon-Brookes’s personal wealth — derived mainly through the success of his software company — is valued at $30 billion, putting him well up on Australia’s Richest 250 List.

He has become known as a climate change crusader, long arguing that governments, business and individuals should be doing more to address climate change.

Famously, a Twitter bet that Atlassian made with Tesla boss Elon Musk in 2017 helped spark the world’s biggest battery in South Australia.

He and his wife, Annie, have also committed $1.5 billion of their fortune to climate change philanthropy.

“Decarbonisation is a great economic oppthortunity facing Australia, but it requires vision and action,” Mr Cannon-Brookes said after losing the AGL bid.

“We strongly believe [the bid] will result in lower bills for consumers.”

AGL operates massive coal-fired generators in New South Wales and Victoria that, together, account for about 10 per cent of Australia’s total greenhouse gas emissions.

“That’s more than every single car on the road,” Mr Cannon-Brookes said.

“It’s more than all domestic and international aviation, and if it’s a country, it’s bigger than Sweden or Ireland or New Zealand, and that would make it one of the biggest decarbonisation projects on Earth.”

“We can [decarbonise] in an economic way that creates jobs and drives prices down. It’s a very sensible plan.”

AGL plans to close the doors of its Bayswater coal plant in NSW’s Hunter Valley by 2033, two years earlier than forecast, while Victoria’s Loy Yang A facility is set to close by 2045.

Mr Cannon-Brookes said the consortium’s plan was to decommission the Bayswater and Loy Yang plants earlier than already planned and that they would spend on renewables to make up for any lost capacity.

He said he had $20 billion to spend on “creating nelw renewable assets” that would help accelerate the plan so that Australia’s main grid reaches net zero emissions by 2035.

“And, obviously, as a private company, we can do it a lot faster than as a public company,” Mr Cannon-Brookes said.

“We believe we can hit net zero, including all forms of thermal generation, by 2035.”

“This is a massive decarbonisation effort. What we require is just the gumption to go for it and actually make it happen, which is what we’re trying to do.”

Will the plan push up energy prices?

Mr Cannon-Brookes was asked if the consortium’s fast-tracked plan would push up power prices for businesses and households following suggestions from some commentators that it could.

He said that, while the consortium could not control market forces, “renewable assets generate power at far cheaper prices than the coal assets currently do” and that he believed this would bring the prices in the grid down over the long term.

“Obviously, we know we have a market price of power that goes up and down based on supply and demand,” Mr Cannon-Brookes said.

“We are bringing significant supply here. So that should bring prices down in the long term.”

“Australia should have the lowest-priced energy electricity in the world. We have all of the assets to make that happen.

“There’s no logical reason, no economic reason [that] we should not have the cheapest power in the world, and that is [where] we’re intending to go.”

He also noted that Brookfield was “one of the largest managers and investors in this sort of transition asset around the globe”.

“They’ve been doing this for many years, so we’ve got some pretty amazing partners to make this happen,” he said.

Brookfield said in a statement that the offer represented about a 20 per cent premium to the three-month volume-weighted average price of $6.28 per share.

Traders use that statistic to determine the average price based on both price and volume.

Vice-chair of Brookfield Asset Management Mark Carney said that energy transition was one of “the biggest investment opportunities of our lifetime”.

“It is estimated that more than $US150 trillion ($208 trillion) will need to be invested globally through 2050 to drive the decarbonisation of energy markets and our economy — that’s approximately $US5 trillion every year,” he said.

“The time to act is now. Investment firms such as Brookfield and Grok Ventures, with their access to capital and deep operating expertise and development capabilities in power markets and renewables, can make major contributions to businesses such as AGL to help them achieve their net-zero ambitions for the benefit of their shareholders, employees and the broader community.”

He said the consortium remains optimistic that an agreement can be reached with AGL’s board.

Coupled with Origin’ Energy’s decision to bring forward the closure of Eraring power station by 2025, Mr Cannon-Brookes said there would be enough dispatchable power in the grid to support renewables.

“There’s no doubt that we have the capacity in Australia to build the renewable assets to make this happen — more than enough sun, wind, hydro resources,” he said.

“We’ve liaised with both state and federal governments, and we intend to be highly collaborative with them.”