Brendan Rodgers has admitted “sometimes you have to be harsh to be clear” as the Leicester boss looks to reignite his team’s season against Champions League-chasing West Ham.


Leicester finished fifth in the last two seasons but they are languishing in 13th spot on 26 points after 21 matches this campaign ahead of facing the Hammers, live on Super Sunday.

The East Midlands club’s hopes of retaining the FA Cup came to a brutal end last weekend after they lost 4-1 at second-tier Nottingham Forest in the fourth round.


Rodgers apologised to supporters following the “embarrassing” loss at the City Ground and the mood did not improve in midweek as they were beaten again, this time in the Premier League at Liverpool.

Leicester have been without key players such as Jamie Vardy and defenders Wesley Fofana and Jonny Evans this season due to injuries, but Rodgers feels he was right to lambast his players as he seeks a reaction against David Moyes’ side.

“It’s probably the first time I’ve had to be as harsh as that in all honesty,” Rodgers told Sky Sports when reflecting on his withering assessment.

“Sometimes you have to be harsh to be clear. The reality is that this season we’ve conceded too many goals. The pressing elements of our game haven’t been at the levels we’d want them to be. As a team, we haven’t defended well enough.

“I’ve always been honest with the players and I said that to them from the beginning. I’m not going to tell them something in six months’ time that I could tell them now.

“A lot of the time, you’ll hold back and maybe reflect before coming up with something a few days later but I felt at that moment I needed to say what I said. The players know from day one what I want as I’ve been with them and I’ve been looking after them, helping them develop their game.

“Most of them have grown in terms of conditions in their life, better contracts, because of what we’ve been able to do. If that level drops and the performance levels drop, as the leader you have to tell them.”

‘I’m sure teams are looking at Tielemans’

The Daily Express reported on Saturday that Youri Tielemans has turned down a new contract, potentially prompting a battle for his signature between Arsenal, Liverpool and Manchester United.

The Belgian has just under 18 months to run on his current deal and was benched during the midweek 2-0 defeat at Liverpool, sparking further speculation about his future.

Rodgers previously said on Tielemans: “The reality is that he’s reached a point where he’s going to be attractive for other teams.”

Rodgers admitted the 24-year-old could leave in the summer unless he committed his future, and the Leicester boss underlined his belief that a process of rebuilding is needed at the end of the season. 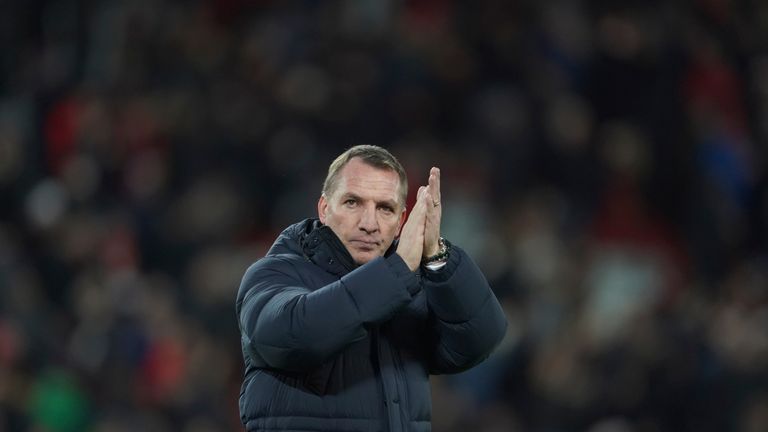 When his quotes on Tielemans’ future are put to the Northern Irishman, Rodgers said: “Absolutely, but that can be the same for a number of players in the squad. With his contract running down then I’m pretty sure there will be teams looking at him but I’m also a realist as well.

“We are real as a football club. You’ll get people asking if we can hang on to these players for the next six or seven years but the reality is that if a player does really well at Leicester, he may want to leave and move on to another club. For us, it’s just about being ready for that.”

The long-term ambition is for Leicester to be the ultimate destination for players but even bigger clubs are in a position where they lose their better players.

It is not something that Rodgers shies away from as he approaches his third anniversary at the club. 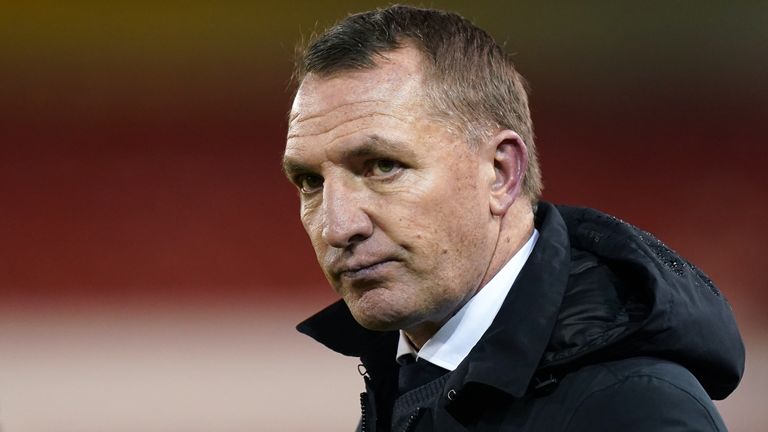 Rodgers says he has a good relationship with the club’s hierarchy, but admits the defeat to Nottingham Forest has increased the pressure on him

“The team needs that healthy shake-up,” he added. “I believe that when I came into here there was a group of players who were hungry and wanted to prove themselves. We’ve lost two of those in Harry Maguire and Ben Chilwell but the team have continued to progress.

“From that point, we’ve won the FA Cup and the players are now in better conditions in their lives which is great. They deserve that, but you’ve got to keep improving.

“You’ve got to keep developing but we’ve not been able to freshen up the team. We’ve improved the squad, there’s no doubt about that, but we have to improve the team.

“Whether that’s spending more money to get a different level of player in or bringing in a hungry player who wants to prove a point. It’s probably a mixture of both really.”

‘Still lots for us to play for this season’ 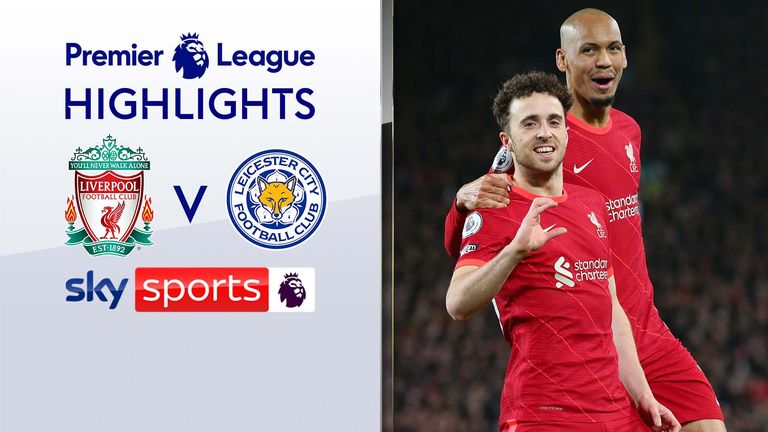 FREE TO WATCH: Highlights of Liverpool’s win against Leicester City

Leicester host the Hammers looking to arrest a run of form which has seen them fall off the pace in the race for Europe.

They have won just twice in the Premier League since November and Thursday’s 2-0 loss at Liverpool left them 13 points adrift of the top six.

But Rodgers – who is committed to remaining at the club – believes his side can build on the performance.

“I’ve signed a contract and I intend to stay for the duration of it. Sometimes, football is out of your control but other times, you may feel as if you’ve reached your maximum. After this season, I’ve got three years left at Leicester and I would love to see that through.

“We’ve had a chapter up until this point and I feel that come the summer it could be another exciting period again for us. We have to see this season through and there’s still lots for us to play for.

“I’d love the opportunity to rebuild the squad and continue with what has been a great time that I’ve had here so far.”

Follow every Leicester game in the Premier League this season with our live blogs on the Sky Sports website and app, and watch match highlights for free shortly after full-time.

Get all this and more – including notifications sent straight to your phone – by downloading the Sky Sports Scores app and setting Leicester as your favourite team.