Giorgos Giakoumakis’ dramatic late strike completed his hat-trick and gave Celtic a 3-2 win over Dundee which stretched their lead at the top of the cinch Premiership to three points.


With new Dens Park boss Mark McGhee watching from the stand as he served the first of a six-game touchline ban, striker Danny Mullen shot the league’s bottom side into a shock lead following a 26th-minute corner.

Returning Giakoumakis scored two goals in four minutes before the break, only for Dark Blues defender Ryan Sweeney to head in an equaliser on the hour mark.


But in a tension-filled finale, the Greece forward fired in a winner in the 86th minute to capitalise fully on Rangers’ 1-1 draw against Dundee United earlier in the day.

McGhee was installed until the end of the season following the departure of James McPake in midweek and the former Celtic striker had to serve a punishment from his last time as Motherwell boss, with assistant Simon Rusk directing operations from the dugout.

Giakoumakis said afterwards: “We knew about the (Rangers) result, of course. It gave us a big motivation but sometimes it gives you a little bit of pressure if you know the bad result of your opponents.


“I don’t think we stick on their results, it is something for their part. We do our part and our part is to win every single game.


“We showed that we are a better team, that is obvious. We showed that we work harder on the field and I hope and I think that we will win the championship. It’s something we really want for us, for the club and for the fans.

“First of all we have a very strong squad. This squad is very good, I think it’s the best in the league, and I think we’re a well-prepared team for every single game.

“We have a very good plan, we try to stay committed to the plan. I think we are better in every single part of the team.”

Giakoumakis described his hat-trick, which took his tally for the season to seven, as “memorable” and added: “Everyone criticises a striker if he doesn’t score goals so it’s something which makes me happy whenever I score. But it’s not the only thing I have to do on the field.

“It’s a part of my performance, but whenever I score and have a good performance then I feel my play is complete and it makes me even more happy.” 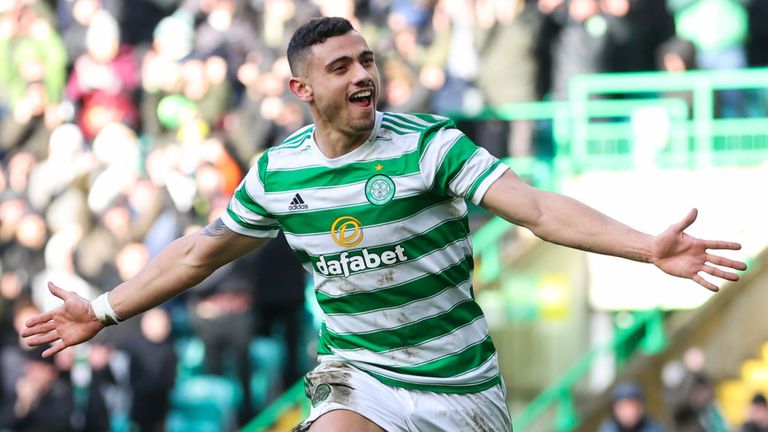 Hoops boss Ange Postecoglou praised the resilience of his players but admitted a worry over his side being undone by two set pieces.

He said: “It’s a concern. When we’re dominating a game so much, defending so well and keeping them away from goal, Joe Hart didn’t have a save to make. I don’t think he even touched the ball with his hands. If they can just lob balls in the box and we concede, that’s not good.

“It’s something we need to address, have a little more conviction in our box, the same way we do in the opposition box. There are definitely lessons in there but that’s part of our continual improvement as a team.

“There are still areas we need to get better at and that’s one of them.” 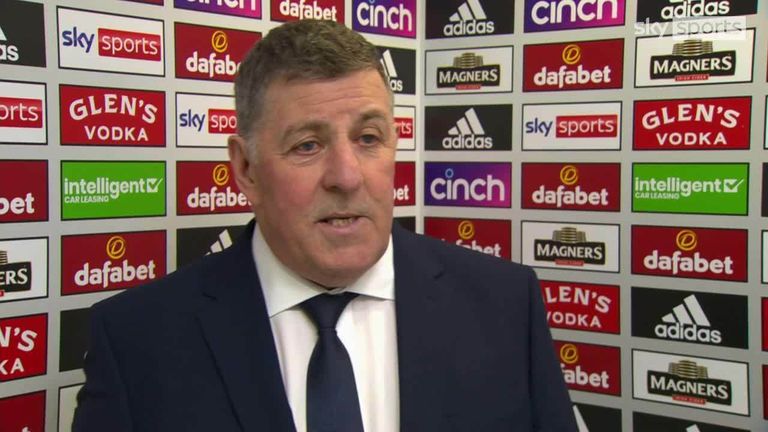 Dundee remain bottom, two points behind St Johnstone. New boss McGhee watched from the stand as he served the first of an outstanding six-game touchline ban and he admitted that he was “sitting there thinking we might nick it”.

He added: “We had a naive moment on the far side when we might’ve just kept it. Instead of that they broke against us. Sometimes a good team like them will punish you and that’s what happened.

“A point today would’ve been a fantastic point for the league table and not just for the achievement here. But, we’ll take all the positive aspects from this into the game on Wednesday night against St Mirren.”

Celtic travel to Norway on Thursday to face Bodo/Glimt in the Europa Conference League, before a trip to Hibernian in the Scottish Premiership on Sunday, live on Sky Sports.

Dundee host St Mirren on Wednesday in the Scottish Premiership next.