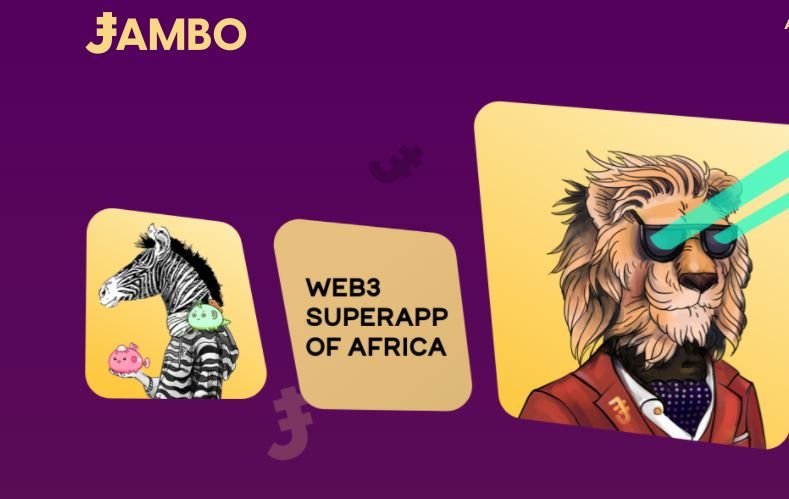 
Africa is poised to become the next big market for Web3 due to its young fast-growing population, high smartphone penetration rate, increasing crypto adoption and high level of unemployment.

Startups such as Jambo, are positioning themselves for this next boom. Jambo wants to onboard young Africans to Web 3 financial ecosystems through play-to-earn gaming and decentralised finance (DeFi) services including currency exchanges and remittances.


James Zhang grew up in the Democratic Republic of Congo since his family had been in Africa for three generations. After graduating from NYU in 2017 with a degree in Computer science, he ran a crypto fund for four years. He noticed the opportunity to duplicate the success of Web 3 projects in Southeast Asia across Africa. Spotting this opportunity James Zhang founded the Jambo with his sister in November 2021 (both are Congo-born Chinese).

Zhang wants to replicate the success gaming platforms like Axie Infinity and Yield Guild Games recorded in Africa. These blockchain-based online video games have raised millions of dollars in venture capital owing to the adoption of crypto and play-to-earn models in Southeast Asia.

Although users of Axie Infinity and other guilds only earn an income while playing games under a revenue-sharing model, Jambo is taking a two-sided approach by allowing its users to do so when they participate in Web2 and Web3 activities.


For instance, Jambo partners with telecom providers to get an almost 70% discount and sell directly to its users at a 50% discount from the original cost. So users can save their data when they use Jambo. In addition, Jambo is partnering with social media companies so users can earn tokens (which they can convert to income) while watching content on their app.


James Zhang started, “The reason we can do that is via partnerships with these companies as we tokenise a part of their advertising budget and directly provide to the end-user,” he said. “Many Web2 incumbents or even Web3 are having a $100-200 user acquisition costs so we can lower that by order of magnitude by directly incentivising the end-user.”

The last bit is play-to-earn games. Currently, there are no popularized play-to-earn Web3 games from Africa. This is because the infrastructure to create them, which is through Guilds, is lacking. Zhang said Jambo intends to build that infrastructure.

However, unlike well-known guilds whose business models involve taking percentages of profit from its users, his company doesn’t plan to take a cut from its users’ earnings. Jambo’s revenues would rather come from Web2 models — charging advertising dollars and commissions from selling airtime and data.

As the “Web3 onboarding portal of Africa,” the CEO said Jambo is testing out over 10 play-to-earn games to introduce to its users in the next couple of months. To bridge the knowledge gap on Web3 and ensure the project takes off smoothly, Jambo will start with education.

“Education is at the core of what we do because I think there is no shortcut in Africa. You have to educate the user base before you can think about monetising or start to acquire users at the end of the day. This is why we are launching classes with a full curriculum on Web3. We plan to launch that in more than five universities in Africa by the end of Q1,” he answered.

According to the company, this would enable students to explore opportunities in play-to-earn gaming and decentralized finance (DeFi). The 10-week programs are available at colleges and across 600+ physical partner locations where hundreds of ambassadors sign up students.

Nearly 60% of the population is under 25 years of age and almost 50% of university graduates in Africa are unemployed. Jambo believes its model of educating users about play-to-earn games and DeFi could “lead to financial prosperity in ways Africans could never have accessed before.”

The issue of educating Africa’s young population about Web3 and decentralization correlates with recent Web3 upstarts in Africa. For instance, Nigeria-based Nestcoin, raised $6.4 million to scale its Web3 initiatives, which include Breach, a media outlet that creates bite-sized and informative crypto content for its users.

Nestcoin runs a gaming guild called Metaverse Magna (MVM), Jambo doesn’t, but they are similar in setting up a new Web3 segment in Africa different from more established platforms such as remittance and crypto exchanges.

For Zhang, the fundamental distinction is that while customary platforms help Africans save and send money, new upstarts are increasing earning and wealth potentials for users.

“I think in Africa, there is no money to save because there’s 1% super-rich and 99% the same. So for us, we set out with a different methodology, which is to help the everyday person make money,” the chief executive said.

The startup is setting up local teams and offices in 15 countries to test and provide services that cater to the diversity of communities and nations across the continent, according to Zhang.

“We have the long-term vision of realizing financial prosperity for billions across the continent and are committed to fostering the next generation of Web 3 innovators, builders, and creators,” he said.

The funds raised will go into operations and testing the app. Jambo expects to release its beta version by Q2 and go live in Q3.