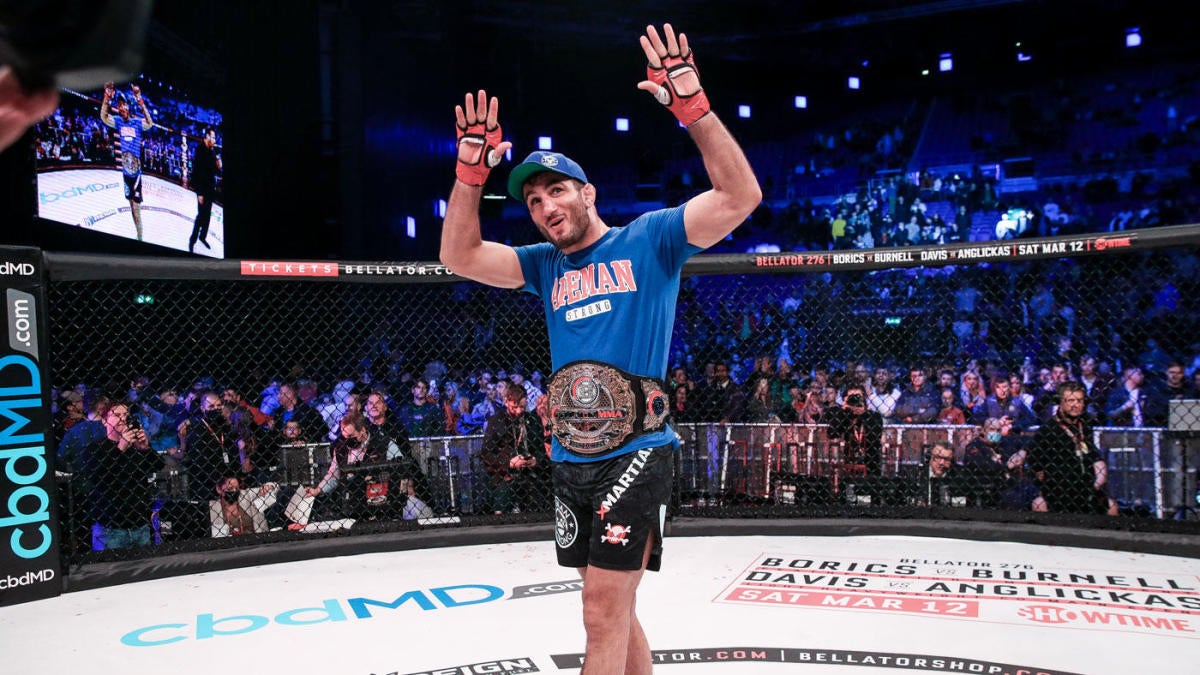 It took 63 professional combat sports fights over nearly two decades for Gegard Mousasi to buy into his greatness. Mousasi finally submits his name into the best middleweight debate after spending more than half his life kicking, scratching and clawing his way to the top.


Mousasi has captured world titles six times across four promotions and exited the UFC on a five-fight winning streak including TKOs over former UFC champions Chris Weidman and Vitor Belfort. Despite his proven track record, the reigning Bellator middleweight champion is often neglected when discussing the sport’s best middleweights. In fact, it’s a distinction Mousasi was not convinced that he deserves. Former UFC lightweight champion Khabib Nurmagomedov praised Mousasi after the latter’s one-sided drubbing of top contender Austin Vanderford at Bellator 275. Visions of being the best in the world are finally starting to resonate with “Dreamcatcher.”

“A lot of friends forwarded it to me and of course, I saw it. I appreciate this comment because I feel that way,” Mousasi told CBS Sports. “Now I am getting a little bit of credit, but I have to also be honest and say, I never felt like the best middleweight. So I never claimed to be the best middleweight. My thing is, I never wanted to be the best. I always wanted to make money. That was my whole thing. I never wanted to be the best. I thought, ‘OK, as long as I do this many fights, I earn this much [money] and I’m out of here.’ Now I can say that I’m the best, 100%.


Check out the full interview with Gegard Mousasi below.

Despite his newfound self-belief, Mousasi remains clear-minded to the realities of the fight game.

“That legacy is all bullshit. These guys who say they fight for pride or honor or country — if you don’t pay a guy a penny, they’re not going to fight. First of all, they need to get paid. Everybody fights for money, everybody.


“Don’t get fooled by it. Everybody fights for money … Young fighters are not that bright.”


Negotiating with the UFC will reinforce that perception. Mousasi had a turbulent start to his UFC career, going 4-3. An upset loss to Uriah Hall was the precursor for a much-needed swing in momentum. Mousasi won his next five fights under the UFC banner, finishing four within nine minutes and avenging the loss to Hall. Mousasi was well positioned for a run to the top, and then came news of his UFC exit.

“I think they had Luke Rockhold in mind. I think that was the fight that they wanted to make, but I knew what Jacare [Souza] was offered,” Mousasi said. “They offered me much, much lower than Jacare. I said, ‘I’m not going to sign that shit.’ They lowballed me. On my first contract also, because I was coming off Strikeforce, I wasn’t doing very well in UFC, they said, ‘You sign it or you leave.’ No negotiations. You sign or you leave.

“UFC can be hard in negotiations. People think it’s all kisses and hugs. Believe me, they can be brutal. If they need you, Dana White will call you… If they don’t need you, you’re going to find out [online] that you’ve been released.”

Mousasi, 36, remains steadfast that his career is winding down. The Iranian-born Dutch fighter of Armenian heritage has five fights left on his Bellator contract. Mousasi has suggested more middleweight title defenses, a fight against Yoel Romero and a champion vs. champion super-fight at light heavyweight. A true fight game original, Mousasi — who holds a victory of Mark Hunt — refused to rule out one last heavyweight fight. “Dreamcatcher” envisions one boxing match, preferably against the legendary Anderson Silva, to tie the bow on his one-of-a-kind career.