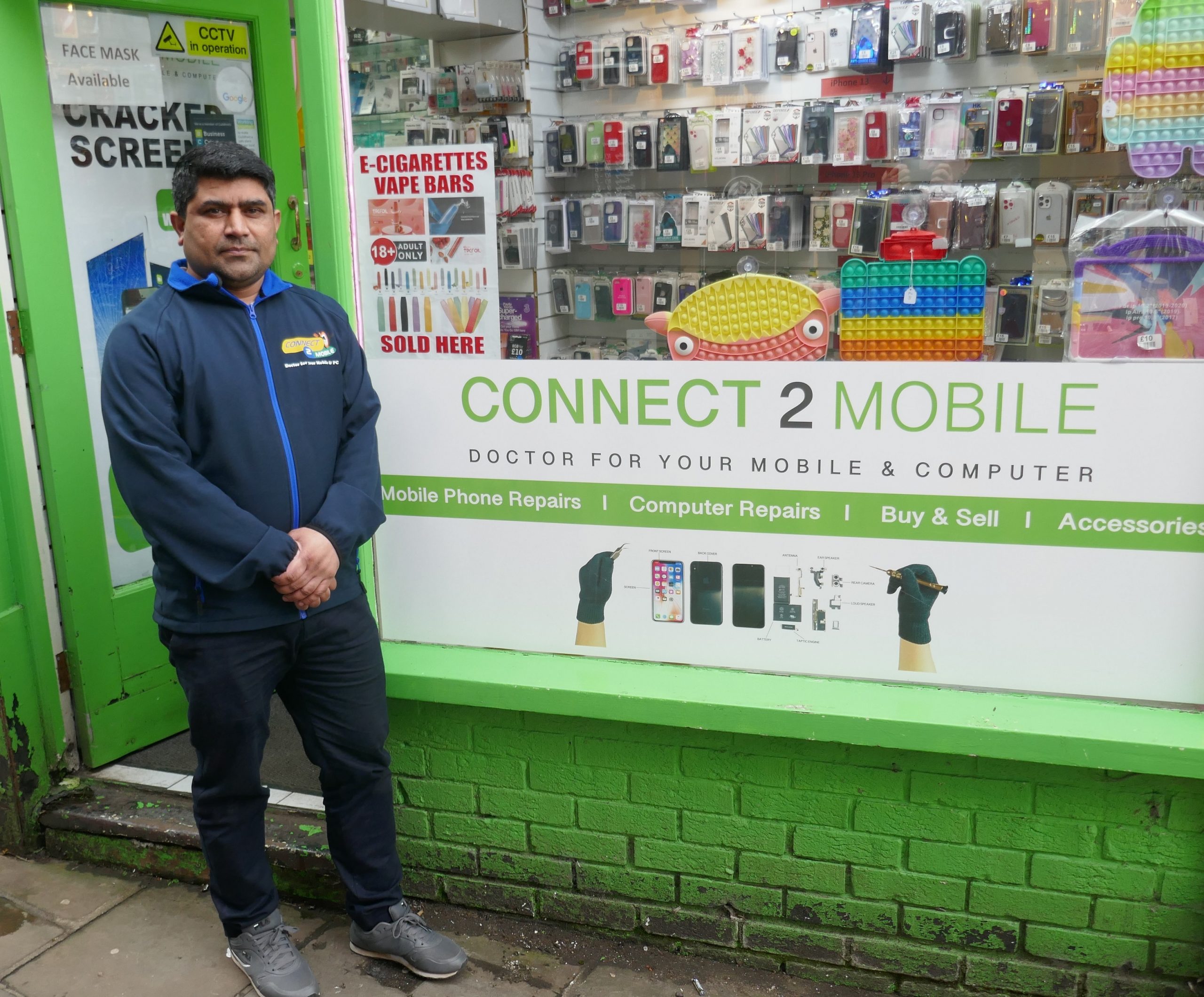 
There was a dramatic chase in Guildford town centre on Friday (February 4) as brave shopkeepers ran after a thief for several hundred yards before he escaped in a car parked in The Bars off Haydon Place.

The thief had taken two phones worth £1,400 from the Connect2Mobile shop in Swan lane. Owner Ali Shah told The Dragon: “I wish I had caught him and blacked his eye. He would have had a good reminder not to steal when he looked in the mirror in the morning.”

Ali Shah, outside his shop in Swan Lane, Connect2Mobile. He said, “I wasn’t frightened because it happened so quickly.”

The thief, wearing a green jacket and a black baseball cap, had asked to upgrade his phone and was viewing two iPhone 12 Pro Max phones before he ran from the shop with them in his hands.


Mr Shah immediately gave chase, pushing past two men who had walked into the shop. He was joined by a member of staff from Headcase Barbershops opposite in Swan Lane. The thief ran towards North Street. 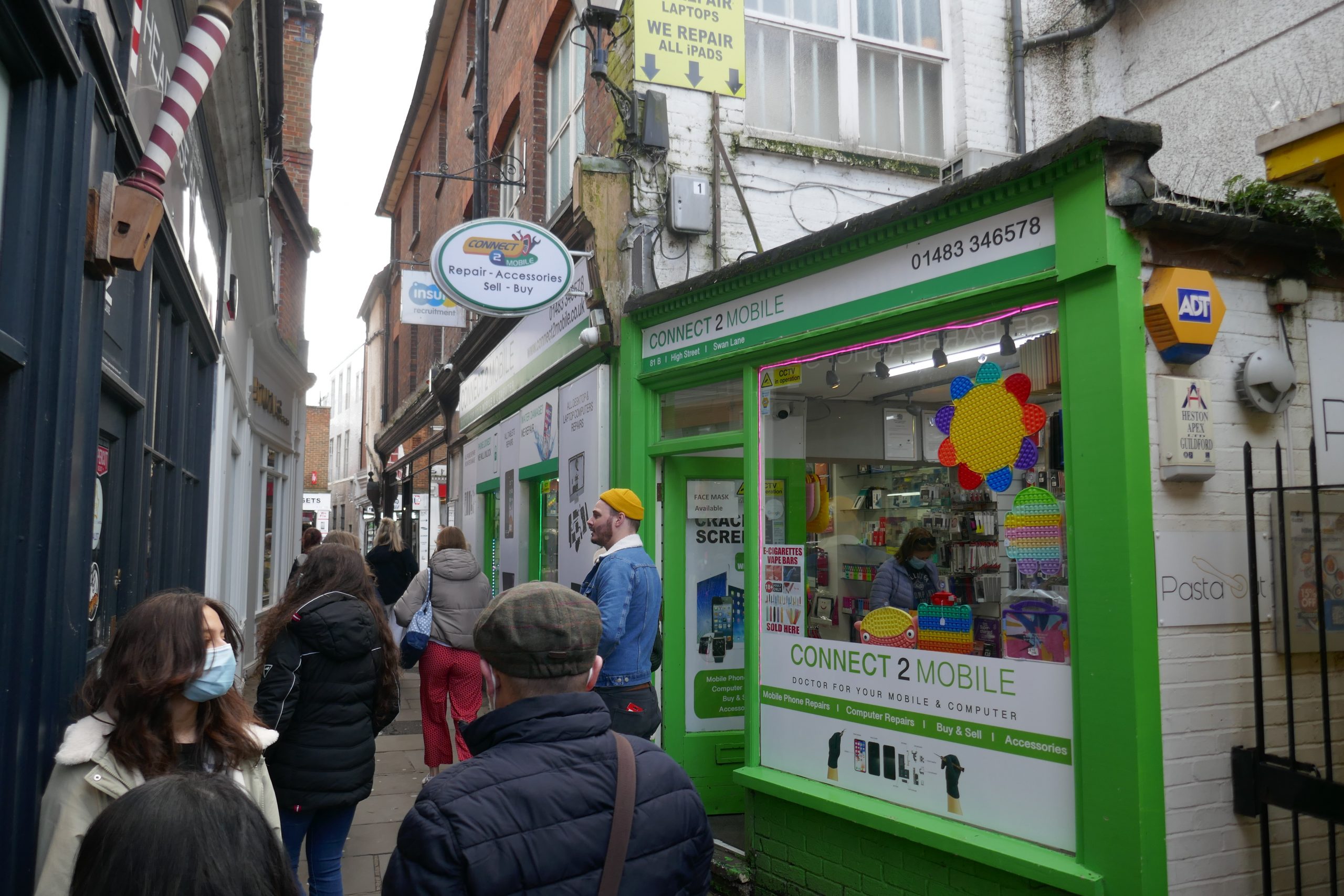 Mr Shah said they were followed by the two men in the shop who he now suspects were part of a gang.

He said the young male thief had “the most yellow eyes” he had ever seen and he looked terrified as he ran away.

“He hadn’t expected to be chased. I shouted at him to drop the phones but he continued running and looking over his shoulder” said Ali.

He lost the thief briefly by Haydon Place then saw him and possibly two others drive off in a grey Ford hatchback from The Bars opposite Waitrose. 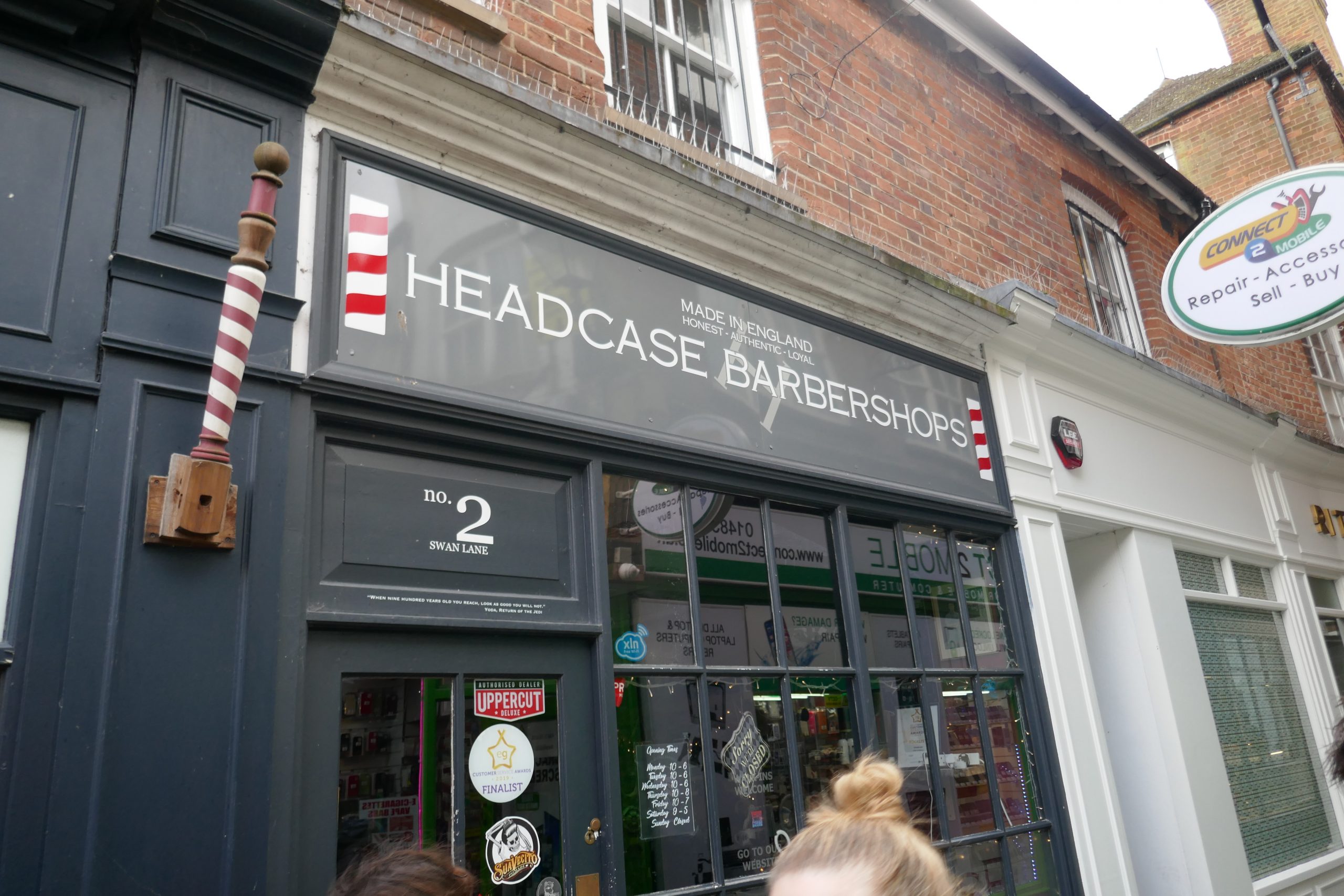 A staff member from Headcase Barbershops opposite the phone shop joined with Ali Shah and chased the thief up North Street.

“I wasn’t frightened because it happened so quickly.

“I called the police on 101 on Saturday and was given a crime number. A recorded message said it was better to report the theft online and that I would be contacted within 24 hours but I haven’t heard from them yet. 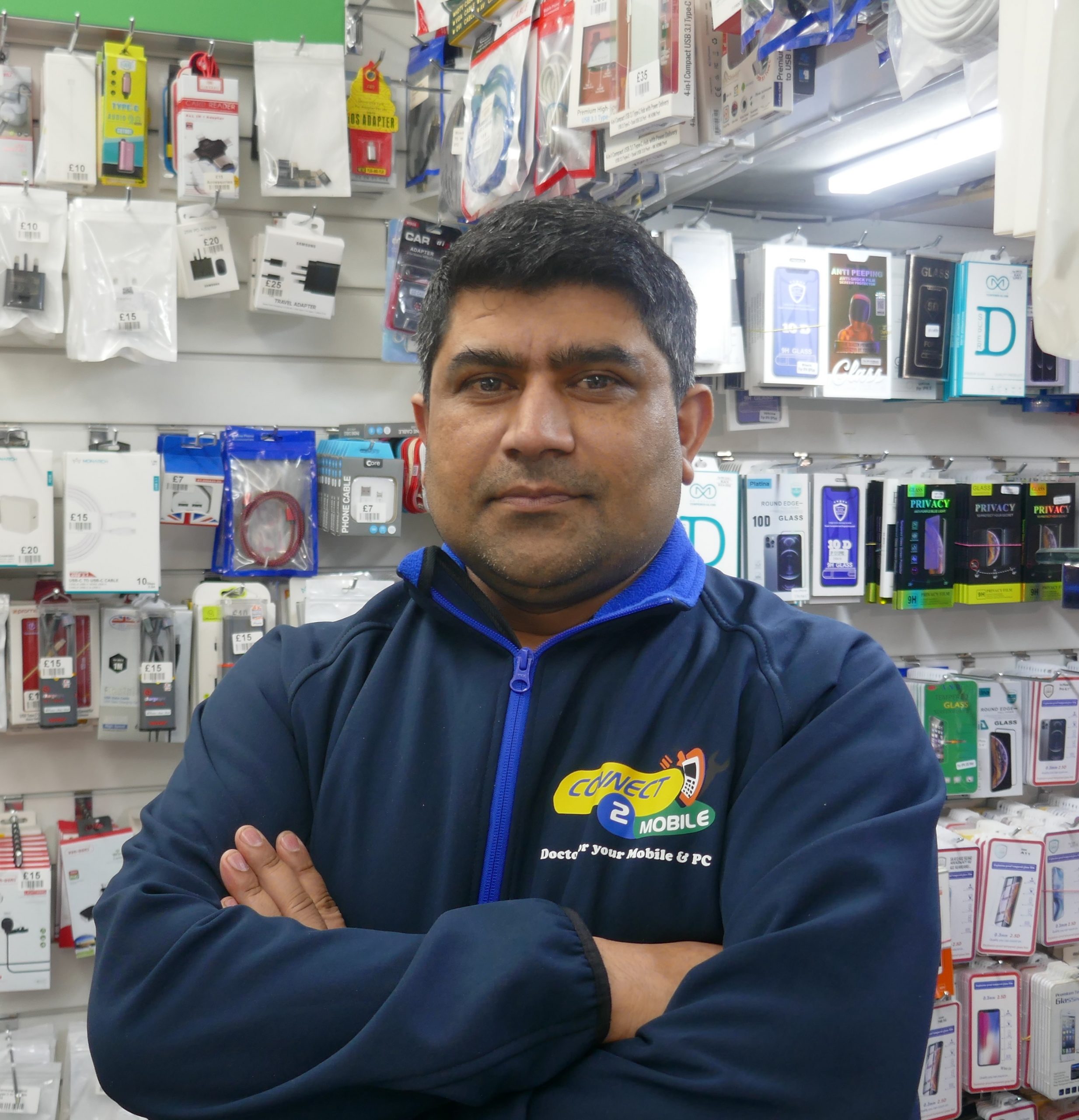 Ali Shah of Connect2Mobiles in Swan Lane said he felt secure in Guildford “but I will be more cautious now”.

“If it happened again, I would still chase them. I can’t afford to lose £1,400 in seconds to wait for weeks for the police to tell me they can’t do anything about it.

“I work seven days a week to make money legally for my family.

41-year-old Ali Shah, who has had a phone shop in Guildford since 2012, said he had been robbed once before back in 2018 when his shop was in the High Street.

He said: “If I was in London, I would never have handed the phones to him like that. But in Guildford I feel more secure.

“But I will be more cautious now, especially with young men.

A CCTV film of the robbery has been seen by The Dragon and sent to the police, who asked us not to publish it for the time being, and the Guildford Business Crime Reduction Partnership.