How a Chechen abduction exposes Putin’s problems at home 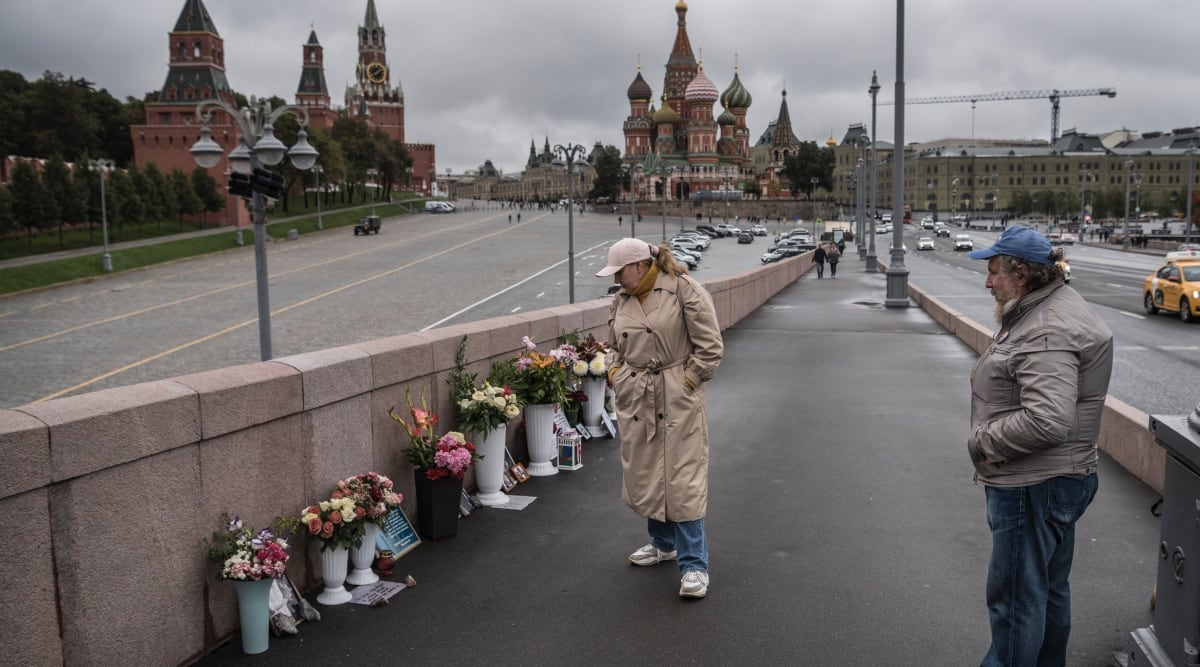 President Vladimir Putin of Russia is flexing his military and diplomatic muscle in a tense standoff with the West over Ukraine, projecting power and occasional menace in his pursuit of global influence. But the recent abduction of a 52-year-old diabetic woman in central Russia has made clear that Putin still has vexing challenges in his own backyard that require a skillful political juggling act.


The woman, Zarema Musayeva, was dragged from her apartment building in her slippers and pushed into a black SUV after men who identified themselves as police officers forced their way into her apartment and punched her husband, Sayda Yangulbayev, a 63-year-old retired federal judge from Chechnya, and their lawyer.

The men had said they were supposed to take the couple to Chechnya, more than 1,100 miles away, to be questioned as witnesses in a fraud case, but it soon became clear that Musayeva’s abduction was part of a hunt for two of their sons, prominent government critics who had infuriated Chechen strongman Ramzan Kadyrov.


Now, three weeks later, Yangulbayev has fled Russia with his daughter, fearing for their safety, and Musayeva is being detained, charged with assaulting a police officer, although her lawyers say she can “hardly walk.” Kadyrov has vowed to “take care of” the family, saying “there’s a place waiting for Yangulbayev’s family, either in jail or under the ground.”

The episode has laid bare — not for the first time — the pitfalls of the devil’s bargain Putin has made with Kadyrov, a ruthless leader who exerts almost total control in Chechnya, a turbulent, predominantly Muslim region in the North Caucasus with a population of 1.4 million.

The Chechen leader’s brutal excesses are part of an array of domestic difficulties facing Putin, even as he takes an increasingly aggressive stance on the world stage, amassing troops on Ukraine’s border and seeking to rewrite the European security architecture.


Putin oversees an underperforming economy centered almost solely on oil and commodities. He has had to crack down on Russian dissidents like Alexei Navalny, driving many into exile with the threat of imprisonment. He has suppressed media criticism and tried to rewrite Russian history by liquidating the most prominent human rights group in Russia, whose work exposed the brutalities of the Soviet era.


Kadyrov delivers strong electoral support for Putin while stamping out separatist sentiment and political dissent in his region. In return, he is rewarded with a lavish budget and the ability to govern Chechnya as his personal fief, persecuting those who disagree with him with impunity.

But the public nature of Musayeva’s abduction — and the Kremlin’s tacit acceptance of it — has upset that balance. Family members recorded the kidnapping and posted it almost immediately on social networks, horrifying Russians who chafe at Putin’s indulgence of Kadyrov.

“Putin made an agreement with Kadyrov and gave him the Chechen people as serfs,” said Ilya Yashin, a Russian opposition politician who wrote a report on the Chechen leader in 2016 after the assassination of another opposition leader, Boris Nemtsov, in Moscow. The abduction, he said, constituted a power play that showed Kadyrov is above the law.

The reaction in Russia has hardly sidetracked Putin from his single-minded pursuit of his strategic goals. But it has provided a troubling domestic backdrop. In recent weeks, the Chechen leader’s actions have been a major story in Russia’s independent media. A petition initiated by Yashin to remove Kadyrov as Chechen leader has drawn 200,000 signatures.

This was not the first time Chechen forces have effectively operated outside their region — Kadyrov’s allies are believed to be responsible for the murders of his critics in Russia and in Western Europe. But this incident, in the city of Nizhny Novgorod, only 260 miles from Moscow, showed that “the geography of these abductions is expanding,” said Olga Sadovskaya of the Russia-based Committee Against Torture.

Musayeva’s sons Abubakar, 29, and Ibragim, 27, say they believe their mother was arrested because authorities could not reach them after they fled abroad, fearing they would be tortured and even killed.

Abubakar Yangulbayev, a human rights lawyer with the Committee Against Torture, has been a thorn in Kadyrov’s side because of the organization’s work exposing human rights abuses in Chechnya. Ibragim Yangulbayev is widely believed to be behind the popular Telegram channel 1ADAT, which advocates for Chechnya’s independence from Moscow and publishes materials that insult Kadyrov and the government.

“This is a hostage-taking with the demand that specific people — me and my brother — return to Chechnya to be lynched by Kadyrov,” Abubakar Yangulbayev said in a video interview from an undisclosed European city where he had sought protection. “This is typical terrorist behavior.”

Tanya Lokshina, of Human Rights Watch, said Musayeva’s forced return to Chechnya was “consistent with the long-standing pattern of collective punishment by which the Chechen leadership persecutes entire families, even distant relatives, for the alleged actions of one of their members.”

Chechen authorities pointed to a vitriolic Feb. 2 rally in the capital of Grozny that they say drew hundreds of thousands of people — an unverified number — as a sign of support for Kadyrov’s hardline approach against the Yangulbayevs. Participants cursed the family and burned photographs of them.

“That’s how Mr. Kadyrov shows the Kremlin that he is in control,” Lokshina said, referring to the rally.

Both brothers say they can be of more assistance to their mother from abroad. Human rights advocates say the charge against Musayeva is a dubious way of keeping her in detention for at least two months, despite the fact that, according to Russian law, diabetics cannot be held in special detention centers. In a hearing before the Chechen Supreme Court on Thursday, she asked to be held under house arrest, saying, “I am dying quietly.” Her request was denied. She faces up to 10 years in prison.

The actions against the Yangulbayev family and their supporters drew only a muted response from the Kremlin. After Putin met Kadyrov in Moscow last week, the Kremlin’s spokesperson, Dmitry Peskov, said the two men “discussed economic matters” and added that “topics related to the work of law enforcement agencies were touched upon,” without any elaboration, or condemnation.

Before that meeting, Kadyrov had branded Elena Milashina, a prominent journalist who writes about human rights abuses in Chechnya, and the head of the Committee Against Torture, Igor Kalyapin, “terrorist accomplices” because of their support for the Yangulbayevs. He said Chechen authorities “have always liquidated terrorists and their accomplices” and asked law enforcement bodies why no criminal cases had been opened against them.

Some critics interpret the Kremlin’s silence on the issue as a sign of vulnerability for Putin’s government.

“This suggests that in the fight with Mr. Kadyrov, relatively speaking, the federal government is weak, and this weakness is felt and understood,” by the Kremlin, said Sadovskaya of the Committee Against Torture.

Many analysts say Putin simply does not care about Chechnya’s actions, no matter how brutal, as long as no one close to him is targeted.