How cryptocurrency made these four ordinary people rich 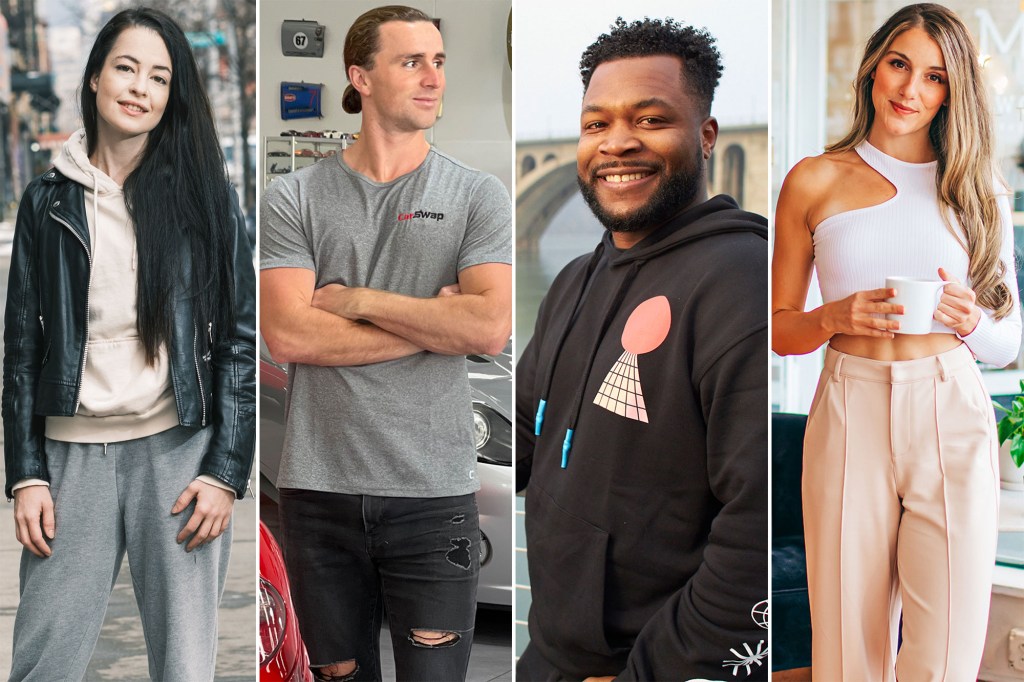 They once were average workers, with regular jobs and modest paychecks.

And all because they bet big on Bitcoin or other virtual money, snapping up online currencies early and often, sometimes sinking every spare dollar into the crypto market.


They were savvy enough to see the potential of an investment that some top financial advisors still don’t fully understand, where patience is a priority and one must navigate a world rife with its own language: chainlink, fiat, mining, DeFi.

Plenty of people have lost money speculating in this unregulated marketplace, where no banks or government agencies are involved.

But as of December, a staggering 83 percent of millennials have bought in.


And despite turbulence, crypto currency has shown an overall upward trajectory — and the ability to transform some people’s lives.


Just ask these four. They know even small investments can pay off big.

Back when she was a substitute public school teacher in New York City, Rachel Siegel lived in a dark apartment in the Lower East Side where every window faced a brick wall.

Now she sees sun and sea, thanks to a swanky condo she just bought in the Caribbean, where Siegel can take in sweeping views of the ocean from her private balcony.

Her journey began in late 2017 when a friend invited her to the after-party of a cryptocurrency conference.

“I remember walking into the room full of cryptocurrency enthusiasts, and I had never been in a room with so many passionate, driven people — and generally people who I didn’t think were about to lose all their money,” she told The Post.

That’s when Siegel, 29, decided to make her first investment in the currency, putting in whatever she had left over from her paycheck — usually just $25 a week.

“I didn’t have anything when I started in cryptocurrency, honestly,” she said. “I was just this substitute teacher with a really big idea.”

Her investments have yielded profits in the low seven-figure range, though Siegel declined to give an exact figure. It was more money than she’s ever had, though not enough to change her spending habits.

“I don’t buy big, flashy things. I’m not one of those people with fancy cars or new Rolexes,” she said.

“But I am now able to be a homeowner. Years ago I would look at the prices of homes and just think that’s completely unrealistic.”

She hasn’t yet moved into her new seaside retreat as the deal is closing now, but she did just splurge on a trip to Dubai, traveling first-class on Emirates.

“It was just the most lavish experience I’ve had in my life,” she said.

And she’s quit her teaching job. “It was scary at first to leave that income stream,” she said. “But there’s so much opportunity in this space.”

Now, Siegel works full-time as a cryptocurrency influencer, going by the pseudonym @CryptoFinally.

“The cool thing about cryptocurrency is that anybody can do it, and I’m one of those anybodies who did it,” she said.

“I was a substitute teacher with no serious technical knowledge that went to college for theater, and I made millions of dollars in this market via conviction, via education. I believe that anyone could follow that path, if they were dedicated to it.”

In 2011, Kane Ellis was an 18-year-old high school dropout working in IT when he learned how to mine cryptocurrency.

The Australian teen set up his computer to mine — essentially using computers to help verify and process transactions for the blockchain — thereby playing a small role in facilitating the growth of the crypto network.

All while he kept working at his day job.

He said that when he started, he earned only about four Bitcoins a day, then worth about $8.

“I got in it from the back-end side of things, not the investment side,” he said. “I just realized that my computer could make me an income.”

“When I was 18, obviously I thought this was cool for the profits, but then about six months into it, I realized this could be the future.”

He recalled foolishly once paying for a meal at McDonald’s with four Bitcoins. If he’d held onto those coins, they’d be worth $150,000 today.

Ellis, now 29, is the co-founder of CarSwap, an online market for auto buyers and sellers. And he holds most of his money in crypto.

“Cryptocurrencies have helped me live a better life being able to start my own business,” he said, “I’ve been able to live the life I’ve always dreamt of.”

He’s used his profits to purchase exotic cars, including his prized ride: a Maserati GranTurismo. The license plate jokingly reads BANKRUPT. “As a car guy, being able to buy my dream car like the Maserati MC Sportline at the age of 24 was a massive achievement,” Ellis said.

His advice to investors: “Hold your Bitcoins. Don’t go into it thinking it’s a short-term investment, because realistically it’s a long-term one. Two, five, ten years.”

Terrance Leonard first dabbled in cryptocurrency in 2013 while working as a software engineer. It didn’t go well.

“I’m a huge nerd, so it was something that was interesting to me,” the 32-year-old graduate of the Naval Academy told The Post. “But it was so difficult back then. It was like the Wild West. There wasn’t a lot of information, and I worried I would lose all my money.”

So Leonard pulled back from the industry until 2019, when a crypto-enthusiast coworker explained the ins and outs of the market over lunch. That’s when he decided to get back in with a $2,000 buy.

Since then, he has invested tens of thousands of dollars, primarily in Ethereum and some smaller coins like Unibright, and his stake has reached a cool million.

“It’s putting me on a path towards financial freedom,” Ellis said.

He recently cashed in some of his coins for a down payment on a four-bedroom home in Washington, D.C. His new digs feature a detached garage and extra yard space for his dog, Roman. Leonard, who lives on his own, plans to retire from full time work this year.

“Younger me would just be crazy excited — ecstatic even — to see where I am now,” he said.

“I was a geeky, nerdy kid who was into computers, and to be able to leverage those skills to build wealth has been amazing.”

Seattle-based Lea Thompson first heard about crypto in its early days when she visited a friend who mined the digital currency.

“I would go to his apartment and see all these computer rigs up and think, ‘What is this weird nerd thing you’re doing?’ “

It wasn’t until 2017 that she got hooked on the world of blockchain. Though she had a sales job in the tech industry, Thompson never felt like she earned enough money, so she worked a few “side hustles.”

One gig involved blogging for a platform that paid her in cryptocurrency.

“I started meeting more and more people that were working in the industry, and  seeing their excitement for the potential this industry had just really inspired me.”

She declined to say how much her stake is worth today, but Bitcoin has quadrupled in value since the time she acquired most of her holdings.

Her profits were enough for Thompson to quit her tech job and become a full-time crypto content creator. Under the moniker Girl Gone Crypto, she now puts out “edu-tainment” videos about cryptocurrency and the blockchain.

“I felt a lot more confident leaving my secure day job to spend my energy in a way that feels really limitless right now,” she said.

“Crypto has totally changed my life. “It’s been really nice to settle into being able to afford luxury things, like even just a weekly massage.”