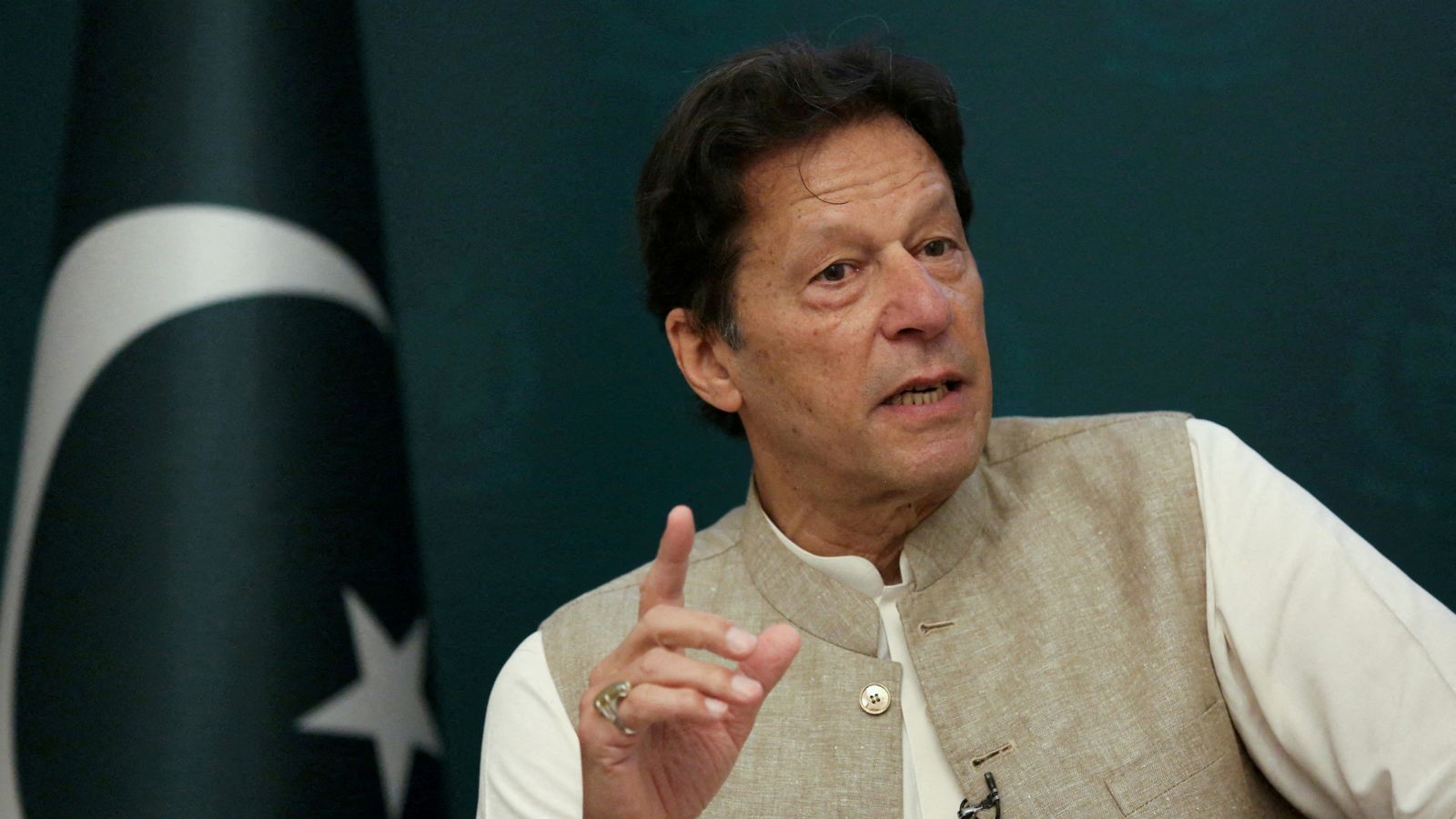 Imran Khan has spoken for the first time after losing a no confidence vote and being ousted as Pakistani PM, declaring: “The fight for freedom begins again today.”

The vote was called over claims of economic and political mismanagement, with opponents blaming him for failing to revive the economy and tackle corruption.


He wrote on Twitter on Sunday: “Pakistan became an independent state in 1947; but the freedom struggle begins again today against a foreign conspiracy of regime change. It is always the people of the country who defend their sovereignty & democracy.”

Mr Khan, an Oxford graduate and former cricket star, surged to power in 2018 but recently lost his parliamentary majority and a prominent newspaper described him “as good as gone”.

He has accused his opponents of colluding with the US to remove him but has provided no evidence, and has urged people to take to the streets this weekend in protest.


The lead-up to the vote was tumultuous in Pakistan’s parliament with members of Mr Khan’s party attempting to prevent the vote from proceeding.


Opposing politicians accused him of treason by attempting to subvert the Supreme Court’s demand.

Pakistan’s chief justice in turn prepared the Supreme Court to find the government in contempt of court if it failed to allow the confidence vote to be heard before midnight.

Opposition parties were able to secure 174 votes in the 342-member house in support of the no-confidence motion. Few politicians from Mr Khan’s ruling party were present for the process, according to Reuters.

The opposition said it will hold a general election, which is expected in October at the earliest.

The drama threatened fresh political instability in the nuclear-armed country of 220 million people.

On the streets of the capital Islamabad, there was a heavy police and paramilitary presence, with shipping containers used to block off roads.

No prime minister has finished a full five-year term since the country’s independence from Britain in 1947.

Pakistan’s military has directly ruled the country for nearly half of its 75-year history, overthrowing successive democratically elected governments.

For the remainder of that time it has indirectly manipulated elected governments from behind the scenes.