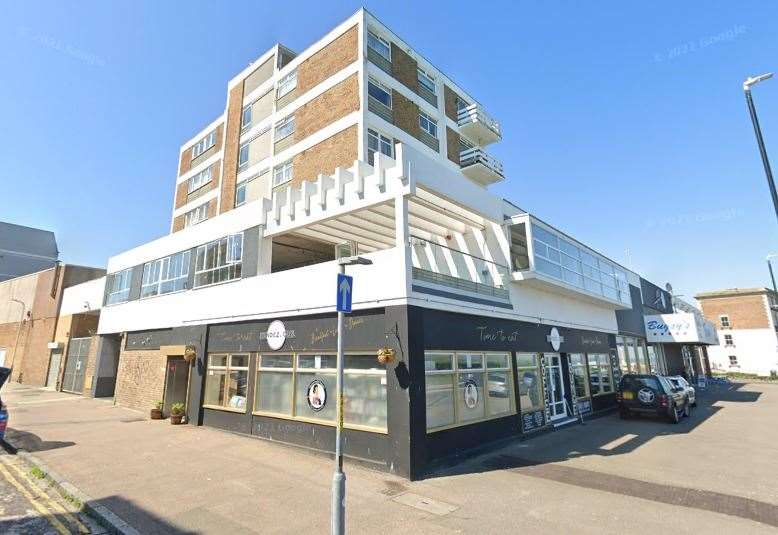 
Fed-up residents and bosses of a music venue have been told to “collaborate” to resolve an ongoing dispute over noise.

A licensing meeting was held involving people living in a block of 12 flats above cultural space Faith in Strangers in Cliftonville.


They claim their lives are being made hell due to thumping music, scraping furniture and noise until 3am at weekends, which has forced some to move out.

Residents say the business billed itself as a cultural and creative co-working space when it opened in 2019 but last year added live music to its offering, making it more like a nightclub on Friday and Saturday nights.

Owners of Faith in Strangers, however, say they haven’t changed their business model and they had always intended to run music nights. They say a method of soundproofing was specified and agreed to by Thanet council’s environmental health team.

Bosses also stressed they could not survive if restrictions were put on their operations.

After a four-hour hearing, including representations from residents, South Thanet MP Craig Mackinlay and venue bosses, the licensing sub-committee said it was unable to take any formal action.

“It’s had a huge impact on our emotional, mental and physical health…”

This is because although environmental health had initially applied for a licence review, it was later withdrawn as “evidence” of the noise had only come from one property and therefore did not constitute a public nuisance.

Complaints had in fact been made from five of the 12 flats about the noise and council officers frequently called out, confirming it was a nuisance, but evidence was collated from just one residence.

The withdrawn review meant the sub-licensing committee was unable to take steps under Section 52 of the licensing act, which allows action such as modifying conditions on the licence, stopping licensable activities such as live music and, in drastic cases, revoking the licence altogether.

Instead, Faith in Strangers and residents were told by Thanet council’s committee to work together to resolve the problems.

“We recognise the competing interests of both parties which include adding to the local economy and residents’ wellbeing,” councillors said.

“The committee recommends steps be taken by all parties to collaborate in achieving a resolution to the soundproofing issues that emanate from the premises.

“If this is not achieved then the authority or other party should make an application for a review if appropriate.”

During proceedings, Cliftonville Court residents – eight of which made representations to the council – gave accounts of the misery they are enduring from the noise coming from the venue.

Mum-of-two Rosie-Mae Deal told members how her autistic three-year-old struggles with the noise.

And Georgina Powell, who lives in the flat directly above the premises, said since May she has been kept awake almost every Friday and Saturday night.

“I dread the weekends coming,” she said.

“I often get home late on a Friday night only to be met with bass and patron noise as I walk in the door. By 2am I can hear lyrics from songs and people shouting for the DJ to play longer.

“Then you hear the clean-up and often it’s gone 3am before sleep is possible.

“It’s had a huge impact on our emotional, mental and physical health.”

Resident Jacqueline Davis also spoke at the hearing, stating she had lived in the building when it was still Franks nightclub and it had never been as noisy then.

“It’s not every night, but when it’s there it permeates through the building,” she said.

“We’re a lovely community, I’m all for entrepreneurialism but this is beyond what’s reasonable.”

“It’s quite unusual for an MP to be at one of these meetings, but it’s gone over a boundary and I think I need to get involved,” he said.

“There’s been a lot of noise recording and it’s pretty grim reading. It seems that after 11pm, the noise goes up. Just at the time when Rosie-Mae Deal’s children are trying to sleep and other people are trying to get a night’s rest so they can go to work the next day.”

Despite the complaints, some 135 letters were sent to the council expressing their support for the venue, calling it a “key cultural and community-focused business”.

Barrister Sarah Clover, representing licence holders Jeremy Duffy and Richard Randles, who run Faith in Strangers, says there is a wider community engaged by the premises.

She said the planning permission and the licence were both granted in 2018, with no objections to either, and that the business model has remained the same since it opened.

“The application set out the specification for the speakers – it was all there,” she said.

“It was assessed by environmental health officers who were consultees.

“This has never been a tranquil residential area. The use is characterised by nightclub use for 40 years, with Starlight and then Franks.”

She said spoken word and arts presentations, which are held there, are not enough to sustain the business.

“If we want them at all, we have to supplement them with enterprises that make money,” she said.

“It is rejected that the business model has changed in any way. There have been lockdowns which had an impact but business has been continuous, including DJs and music, and everything it was always designed to achieve.

“It was never going to be viable without it.”

Mr Randles and Mr Duffy say the venue has been designed with having a large number of small speakers as opposed to having a small number of large speakers, to keep noise lower.

During the hearing, Mr Duffy admitted that any restrictions to their licence would close them down.

“We’ve invested almost half a million pounds into the property,” he said. “It was a derelict site and it’s one of the most prominent buildings in Cliftonville. We believe we’re a positive part of the regeneration for a wider community.

“We employ mainly local people who grew up in Thanet, we’re training them to open their own businesses, we’ve got numerous workspace people that rely on us for their mental health and a lot of them have moved down here by themselves. Some of them have said they would move out of Margate if we close down.

“Any restrictions would be the end of us.”