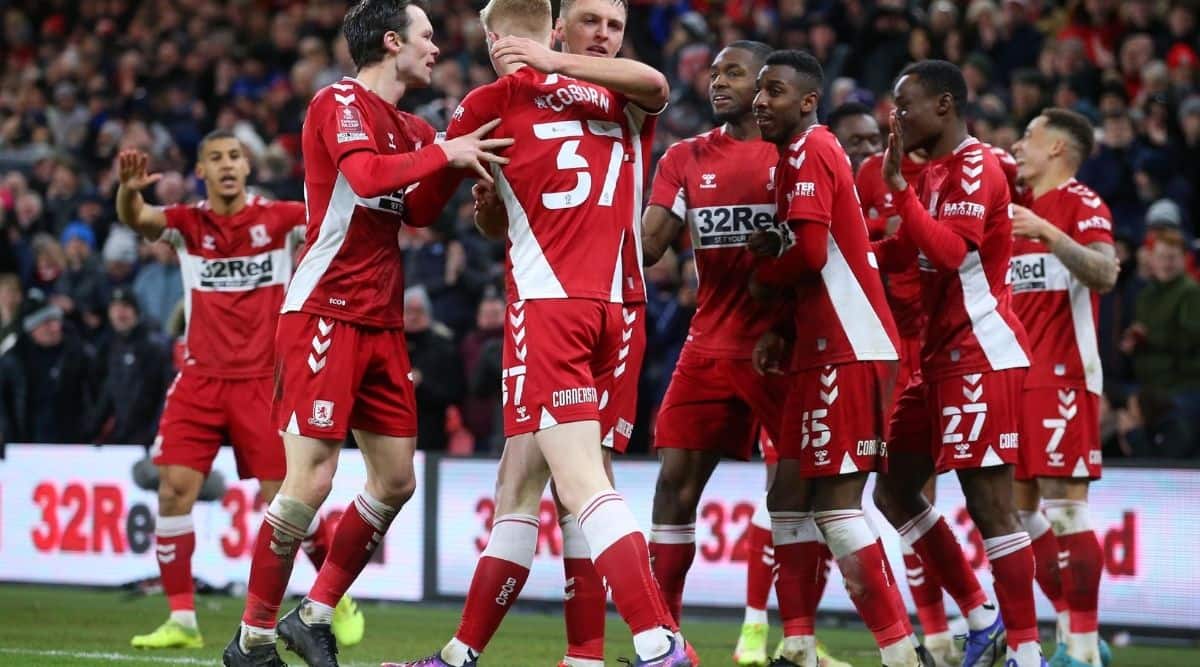 Second-tier Middlesbrough is toppling some of English soccer’s biggest clubs in its FA Cup run. A goal at the start of the second half of extra time earned Middlesbrough a 1-0 win over Tottenham in the fifth round of the competition on Tuesday.


The team coached by Chris Wilder, who worked wonders with Sheffield United in its recent stint in the Premier League, needed to win a penalty shootout at Old Trafford to get past United in the fourth round. This time, at Middlesbrough’s Riverside Stadium, victory was wrapped up earlier when 19-year-old substitute Josh Coburn just stayed onside to run onto a through-ball and smash a rising finish into the top corner.


It ensured there will be lower-league representation in the draw for the quarterfinals, though it was the only surprising result Tuesday. Manchester City, the Premier League champion, dispatched another second-tier team in Peterborough in a routine 2-0 victory even if the goals came in the second half through Riyad Mahrez and Jack Grealish.

Crystal Palace beat Championship side Stoke 2-1. The fifth round will be completed over Wednesday and Thursday.


The defeat ensured it will be another season without a trophy for Tottenham, whose last piece of silverware was the League Cup in 2008. After a loss at Burnley last week, Tottenham’s often-emotional manager, Antonio Conte, questioned whether he was the right man to lead the team. He was rather calmer after the latest setback, which continued Tottenham’s turbulent recent run of form that has also seen the team beat Manchester City and Leeds away.


“I repeat, we have to try to avoid the up and down, up and down, and there is only one way to improve the situation, to work and learn about the defeat,” Conte said. “We have to go ahead and we will try to do our best this season.

“We have to give our best for the rest of the season, then we will see what is our position and the evaluation of our season. It is early to say something about this.”

Grealish and Phil Foden sat next to each other on the team bus on the way to the game against Peterbrough and scrolled through videos of Lionel Messi to fill the time. Turns out they got some inspiration.

Grealish’s 67th-minute goal, which made it 2-0 and ended any realistic hopes of a shock by Peterborough, was one Messi would have been proud of. Foden collected the ball just inside Peterborough’s half and floated a defense-splitting ball forward to Grealish, who caressed it with his right foot and produced a deft finish with his left.

“After scoring,“ Grealish said, “he (Foden) came up to me and said it was just like we were watching.” Mahrez gave City a 60th-minute lead against the last-place team in the Championship.

Ukraine captain Oleksandr Zinchenko was made captain for the game by City. He and Peterborough’s captain held the Ukrainian flag on the field before kickoff and a message on the big screen inside the stadium read “We Stand With Ukraine” in reference to the invasion by Russia. In the other last-16 match, Palace got past Stoke thanks to Jairo Riedewald’s 82nd-minute winner.

Burnley couldn’t get out of the Premier League’s relegation zone. A win or even a draw against Leicester would have been enough to climb out of the bottom three but Burnley lost 2-0 at Turf Moor.

James Maddison and Jamie Vardy came off the bench in the 72nd minute and scored the goals for the visitors. It was Vardy’s first game in two months after injury.