The Institute of Directors has strengthened its presence in Lancashire with the appointment of media analyst Steph Bridgeman.

Steph’s business, Experienced Media Analysts, specialises in measurement and evaluation of communications. She works with media intelligence, PR agencies and marketing professionals to evidence the output, outcomes and impact of communications activities.


She is a board director at the International Association for the Measurement and Evaluation of Communication (AMEC). She also has eight years’ further education governance experience, with board positions at Accrington & Rossendale College and then Nelson & Colne College Group following their successful merger.

Steph joins the IoD Lancashire team as an ambassador. IoD ambassadors drive greater connectivity with members, support learning and development and give a local voice to the institute, while ensuring that IoD national policy reflects local issues.

She said: “I am very excited to be joining the IoD leadership team in Lancashire and look forward to building on this opportunity to support directors across the county and the wider North West region. The IoD exists to create better directors and we will play our part in building the next generation of outstanding leaders in Lancashire.”


Martyn Jones, IoD Lancashire chair, said: “As COVID restrictions ease and directors begin to plan ahead with more confidence, there are, nonetheless, a number of short and long term challenges to address. The branch team will be on hand to support local members by providing connections, professional development and an influential lobbying voice.”

Eleanor Ogilvie has been promoted to head of land and partnerships at Wigan-based MCI Developments.

Eleanor, from Stockport, joined MCI Developments in 2019 as a land and partnerships manager, and within three years has been able to achieve her goal of head of department at just 27-years-old.

The promotion reflects Eleanor’s ambition to identify additional development opportunities, and during her time at MCI has purchased and facilitated land opportunities, resulting in the delivery of more than 650 affordable dwellings across the North West.

Having started her career in the construction industry in 2015, Eleanor has been able to quickly progress in the industry, and as head of land and partnerships she will be responsible for leading the department to acquire and deliver residential development sites, with an aim of 500 homes per year in the region.

Eleanor said: “I’m immensely proud to be leading the land and partnerships team. I’m looking forward to strengthening the land team and continuing the success of delivering much needed affordable housing across the North West of England.”

With an aim to open more doors to women within the construction industry, Eleanor has been a member of Women in Property for five years, and chair for the organisation in the North West for 2021/2022.

The organisation plays an important role in creating opportunities, expanding knowledge, and advocating for change among women working in the property and construction industry, and during Eleanor’s tenure as chair, membership grew by 60%.

Alex Wood, regional managing director at MCI Developments, said: “It’s great to see Eleanor take on the position as head of land and partnerships. Her achievement is testament to the crucial work she plays within the construction industry and marks an exciting new chapter for the company.

“Eleanor is a true inspiration to other women, and her achievement clearly demonstrates the important role women play in the construction sector. We’re confident that with Eleanor’s proven track record of success, she will play a significant role in our continued growth plans by identifying key areas to build new beginnings and flourishing communities here in the North West.”

Entrepreneur and small business champion Martin McTague has been appointed national chair of the Blackpool-based Federation of Small Businesses (FSB). He takes over from outgoing national chair, Mike Cherry, who has held the office for six years.

Tina McKenzie has been appointed FSB chair, policy and advocacy. She has been instrumental in advocating for small businesses in Northern Ireland during the Brexit process, and more recently was appointed to FSB’s board of directors.

Martin has been a key figure in advocating on behalf of the small business community, most recently as FSB’s national vice chair, policy and advocacy. He has served as a volunteer with FSB for more than 20 years, alongside running his own businesses. 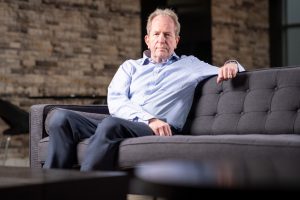 He said: “I’m passionate about promoting and supporting entrepreneurs and giving the UK’s 5.5 million small businesses and self-employed a powerful voice. These businesses are the beating heart of both the economy and communities right across the country. There has never been a more important time to make sure their interests are represented at the highest levels, as the costs and challenges of running a small business intensify.

“FSB has a proud and successful track record of being a powerful voice heard in governments, opposition parties and boardrooms across the UK. As part of a new leadership team alongside Tina McKenzie, as well as chair, internal affairs Melanie Ulyatt, and the rest of the board, I’m committed to making sure small businesses are fully supported, represented, and their interests are wired into the DNA of decision makers at all levels.”

Martin first started his own business almost 35 years ago and currently owns and manages three businesses.

Total Fitness has appointed Tom Rayner as corporate development director, where he will be overseeing the corporate strategy of the health club and its 15 clubs in the North of England and Wales.

Tom has taken up the newly-created role to lead on the delivery of strategic initiatives within the business, with a focus on helping to develop the organisation’s post-pandemic corporate strategy.

Joining Total Fitness in 2017 in the role of finance controller, Tom was rapidly promoted to head of finance in 2018, where he headed up a team of seven, overseeing the day-to-day running of the business’s finances. 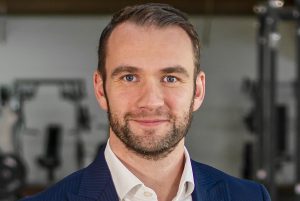 Since joining the business, Tom has worked closely alongside the chief executives to assist with implementing the financial aspects of the business’s turnaround and reviving the mid-market health club.

His previous experience in the industry includes a proven track record in turnaround strategies and corporate restructuring, having spent seven years in senior financial positions at Ernst and Young.

Tom said: “Total Fitness has had to evolve as a business over the last two years given the situation that the UK fitness industry has faced – but I’m grateful for the opportunity to lead the organisation’s corporate strategy as we adapt to a new post-COVID world.”

Premiership rugby club Sale Sharks has announced the appointment of its first sales and marketing director as it looks to boost its off-field performance with two key appointments.

Claire Butters joined the club’s marketing team in the summer from footwear giant Brooks, but her role has now been extended to include responsibility for the sales team as part of a restructure of the club’s commercial teams.

Paige Edwards joins the club as digital marketing manager from marketing agency Wavemaker, where she worked as an SEO manager.

Sharks CEO, Sid Sutton, hailed the new appointments and said it was a sign of progress right across the club: “We are at the start of a new era for Sale Sharks on the pitch and off it as well and it’s an incredibly exciting time to welcome Paige to the club and extend Claire’s role to lead the sales team. 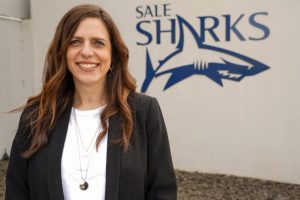 “There is so much potential right across the club and building the commercial and marketing teams so we are better placed to maximise the opportunities ahead has been a huge priority.”

Since September 2018, Claire had worked as Brooks’ marketing manager for UK, Ireland and Benelux, and prior to that she held senior roles at both Asics and Reebok

Her new role will see her take responsibility for the sales team and commercial revenue as well as developing the brand, marketing, content, social media and PR across the club.

Paige joins the club to develop its digital strategy as well as taking the lead on the club website, email communications and pushing the CRM to the next level.

Claire said: “It’s a really exciting time for the club on and off the field and I’m loving the challenge of growing the club and its fanbase right across the North.”

As part of his new role, Micklethwaite will assume responsibility for executing CMAC’s business strategy, ensuring it continues to meet the growing demand from clients to service their needs globally. 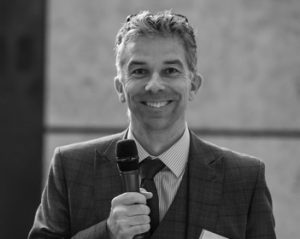 As COO, Neil will build on CMAC’s strong track record of delivering reliable mobility solutions for some of the biggest businesses within the sectors it services, including rail, aviation, and healthcare.

Neil has worked extensively in the public transport sector, much of it in heavy rail, and will join CMAC later this year from Stagecoach Group, where he is currently the group’s business development director. His previous roles include commercial director within Stagecoach Group’s rail division and customer experience and commercial director at East Midlands Trains, where he introduced UK Rail’s first 24/7 customer contact centre, as well as being responsible for all customer delivery and commercial activities including revenue and all long term planning.

Neil’s commitment to the sector also includes his role as a vice president of the Chartered Institute of Logistics & Transport.

Welcoming the appointment, Peter Slater, CEO at CMAC Group, said: “I have every confidence that his coveted experience across the transport sector, combined with his proven ability to identify opportunities, develop partnerships, and lead initiatives, will help build on CMAC’s existing successes and deliver an exciting future for the business.”