Points shared by India, England, but points to ponder 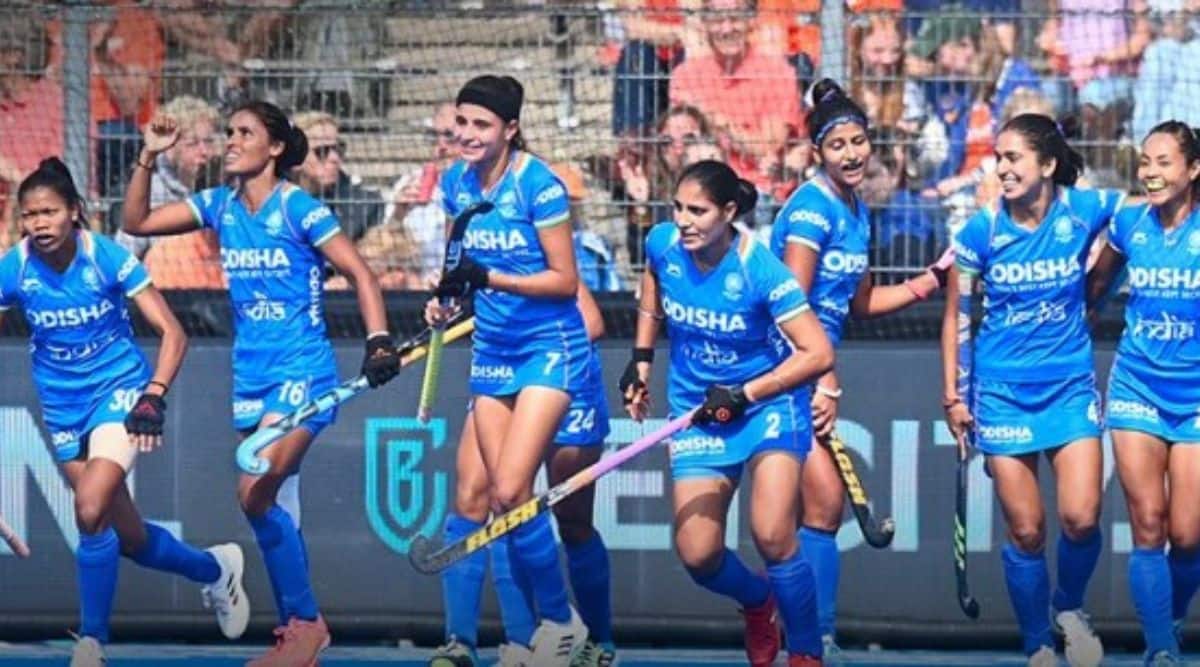 It’s difficult to know what Sjoerd Marijne, watching from the stands, would think about his former charges as they opened their World Cup campaign against England at Amstelveen on Sunday.

The Indian women’s hockey team was far from its best, being a bit too frantic and lacking composure at crucial junctures. But they did manage to come away with a 1-1 draw, after they had lost to Great Britain in both their encounters at last year’s Tokyo Olympics, narrowly missing out on a podium finish. Marijne was the head coach then.

That performance, almost a year ago, ensured no opposition is likely to take the Indians lightly any more. Current coach Janneke Schopman has tried to take her wards to the next level where they face the best teams in the world on an equal footing. On the evidence of Sunday’s performance, the Dutchwoman has work to do, even though they came away with points shared.


With China and New Zealand – the other two teams in the group – also drawing, there are no early favourites for progress to the knockout rounds.

There was very little to choose between India and England in the early exchanges, with neither team able to put concerted pressure on the other for any substantial period. Both sides favoured their right wings while attacking, but while England often threatened through open play, the Indians mostly relied on penalty corners with Gurjit Kaur unleashing on most occasions. In fact, England failed to earn any penalty corners in the match, while India got seven.

A few opening half photos from @WorldSportPics_

But it was Gurjit the defender who was caught napping as England took the lead in the ninth minute. Goalkeeper-captain Savita had just come to India’s rescue with a sprawling save low to her right, when Lily Owsley fashioned something out of the blue on the right edge of the Indian ‘D’. Isabelle Petter got to the ball quicker than Gurjit and her first-time shot found the top of the net.


India looked to hit back almost immediately and earned two penalty corners in quick succession. The first was thwarted by the England defence but the second one, a fierce drag-flick by Gurjit, had Maddie Hinge in goal beaten all ends up only for it to rebound off the post.


England could have gone 2-0 up soon after but for Savita being in the right place at the right time, thwarting a direct shot on goal. It proved to be a crucial intervention as India restored parity a couple of minutes before half time, unsurprisingly via a penalty corner.

Here we go! The final quarter of @EnglandHockey vs @TheHockeyIndia in Pool B play!

Monika’s shot from the top of the circle was saved by Hinge’s pads, but the England custodian was in no position to deny Vandana Katariya, who was the quickest to react to the second ball and slammed the rebound into the cage.

It was no more than what the Indians deserved in an even first half as they had almost twice the number of circle penetrations (13 to 7) as their opponents.

Nothing between the teams

The second half continued to be a cagey affair and though the encounter never rose to any great heights in terms of quality, one felt one little piece of individual skill or error could decide the outcome of the match.

England were on the attack more often in the latter stages, while India seemed content to hit them on the counter-attack, using their speed and skill to get around the defence. They shaded the ball possession stat (52 percent to 48) and made seven circle penetrations in the second 30 minutes of the game, compared to India’s four.

India also didn’t help their cause with a little lack of discipline often leaving them a player down in the final quarter. Navjot Kaur and Gurjit picked up green cards, inviting additional pressure on the team as England went in search of an elusive goal. Several shots flashed across the Indian goal, with only a stick needed at the right place at the right time.

But four minutes from time, somewhat against the run of play, India almost found what presumably would have been the winner. Good work by Neha and Navjot on the right edge of the English ‘D’ resulted in a shot on goal. It may have been already going into the goal with Hinge beaten. But Sharmila Devi was at hand to make sure and deflect the ball into the target, only for her foot to make contact with the round object and not her stick.

Here’s what @TheHockeyIndia skipper Savita had to say after her team recovered from an early deficit, to split the points with England in their opening fixture today. pic.twitter.com/t1IcnNQZbL

It just added to the tension in the final few minutes of the game. India did manage another penalty corner, but the slow execution of the battery meaning the England defence held firm. Otherwise, it was mostly defensive work for the Indians.

Schopman’s wards next face a vastly-improved China on Tuesday. With early nerves probably settled, they would need a much better performance if they are to come away with all three points from that game.

For one, they would need a better conversion rate than one-from-seven as far as penalty corners are concerned. Gurjit was unlucky to be denied by the post once, but England thwarted the other attempts and if not for Vandana’s rebound, India may have been left at the bottom of the group table.

On the defensive side of things, while they denied England any penalty corners, the ease with which the likes of Petter, Owsley, Tessa Howard and Hannah Martin cut through the defence at times should be a cause of worry. Savita cannot be expected to come to India’s rescue every time.