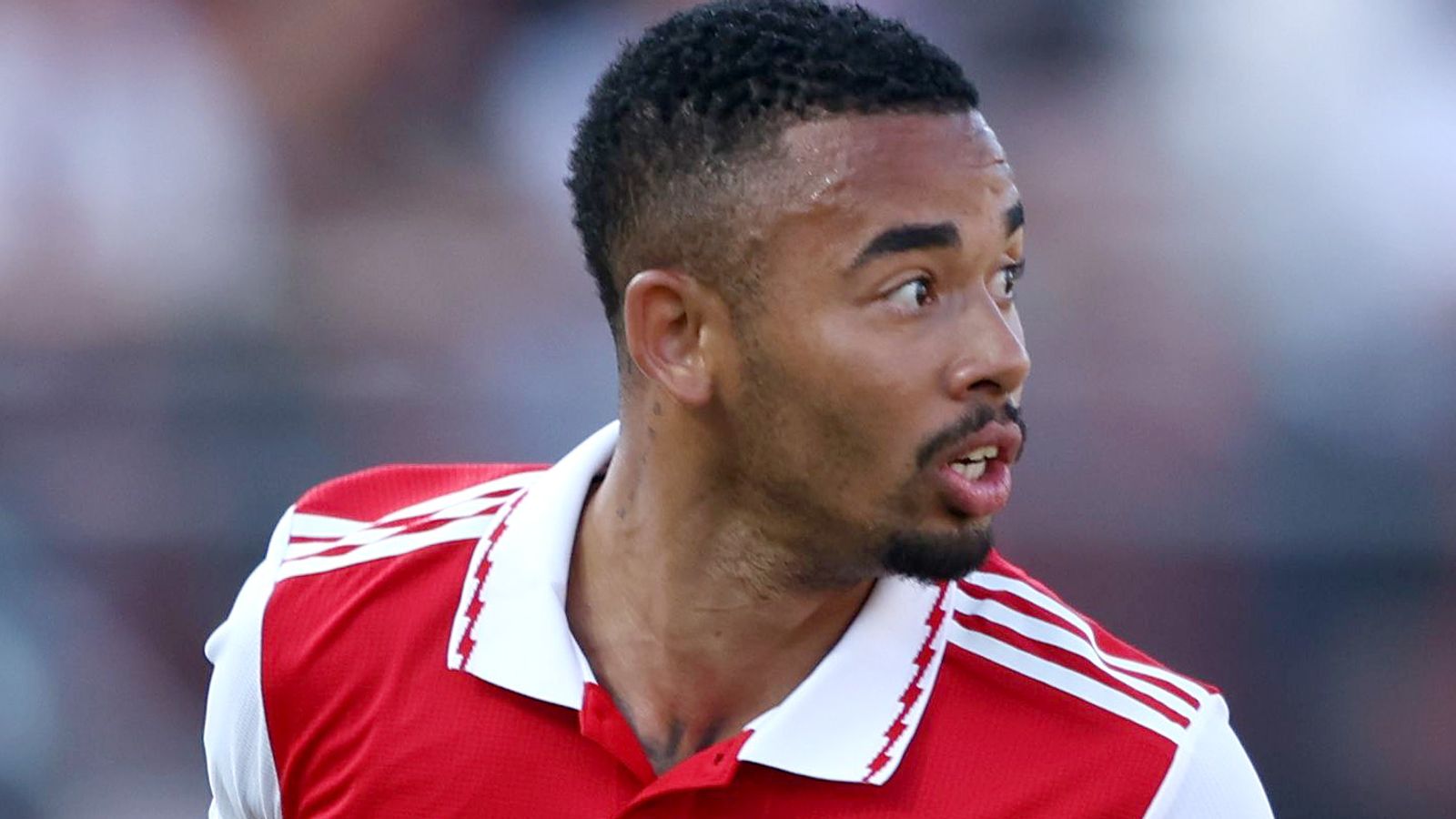 Gabriel Jesus scored 90 seconds into his first Arsenal outing as his double helped the Gunners to a 5-3 comeback victory over German second division side FC Nurnberg.


The Brazi striker, who completed a £45m move from Manchester City earlier in this summer transfer window, came on at half-time in Germany with the Gunners 2-0 down – and made an immediate impact, scoring high in the net from Ainsley Maitland-Niles’ pass.

Mohammed Elneny then hit a wonder-strike to equalise for Mikel Arteta’s side, before two Nurnburg own goals from Christpher Schindler and Tim Handwerker gave the Gunners a 4-2 advantage.


Jesus then finished Gabriel Martinelli’s cross at the front post with 15 minutes to go to add a fifth for Arsenal, just after Lukas Schleimer pulled one back for the German side.

Arteta named a strong starting line-up for this pre-season outing, with Emile Smith Rowe, Nicolas Pepe and Kieran Tierney among the starters – but their warm-up game fell into disaster.

Johannes Geis and Kwadwo Duah scored past new Arsenal goalkeeper Matt Turner in the space of five first-half minutes to stun the Premier League side.

Arsenal are likely to welcome back their international players – including Bukayo Saka, Aaron Ramsdale and Martin Odegaard – next week before their tour of the United States.

David Moyes’ West Ham began their own pre-season campaign with a 2-0 victory against Swiss side Servette.

Moyes named a strong line-up for the first friendly of the summer – with Kurt Zouma, Issa Diop, Michail Antonio and Said Benrahma getting some vital minutes.

The Hammers took the lead when Manuel Lanzini’s free-kick caused havoc at the back among the hosts, leaving youngster Ali Ajese to tap home into an empty net with the goalkeeper nowhere to be seen.

Moyes made six changes at the break and one of them – Divin Mabumba – added a second for the east Londoners after he flicked home at the rebound after Benrahma’s shot was saved into his path.

Servette did cause the Hammers some problems and hit the woodwork twice – either side of half-time – but the Hammers cruised to victory after scoring their second.