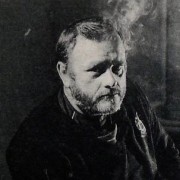 A former sports editor who served the same newspaper for four decades has died aged 75.


Tributes have been paid to Les Barlow, who ran the sportsdesk at the Rochdale Observer and covered Rochdale AFC football matches for the newspaper.

Les, pictured, later served as senior sub-editor and writer on the desk.


He took redundancy from the Observer after its Drake Street office was closed by MEN Media in 2009.

In an obituary for the Manchester Evening News, Richard Partington, who worked with Les at the Observer, described him as “an inventive, brave writer.”

He wrote:  “He may not have covered a great Dale side, but the sports pages of the Rochdale Observer were in fine shape throughout his time on the paper and he was a driving force in that.


“For some time as sports editor and later as the senior sub and writer on the desk, Les encapsulated the value of local knowledge, his finger on the pulse of the town’s sporting scene. From grassroots football to crown green bowls, Les was yer man.


“A statistician long before stats became trendy, his attention to detail was honed during his time as a railway booking clerk, though he’d be the first to laugh at the suggestion he was a man ahead of his time.”

Les began his career as a freelance reporter at the Heywood Advertiser before switching to Rochdale in 1978.

Alongside his work in sport, he also wrote regular nostalgia pieces for the Observer.

Richard added: “Personally, I’ll cherish the memory of those long, rewarding days when he, myself and Floydy [Observer colleague Mike Floyd] made the most of the time and resources at our disposal, regularly producing 25 pages of sport across two editions every week.