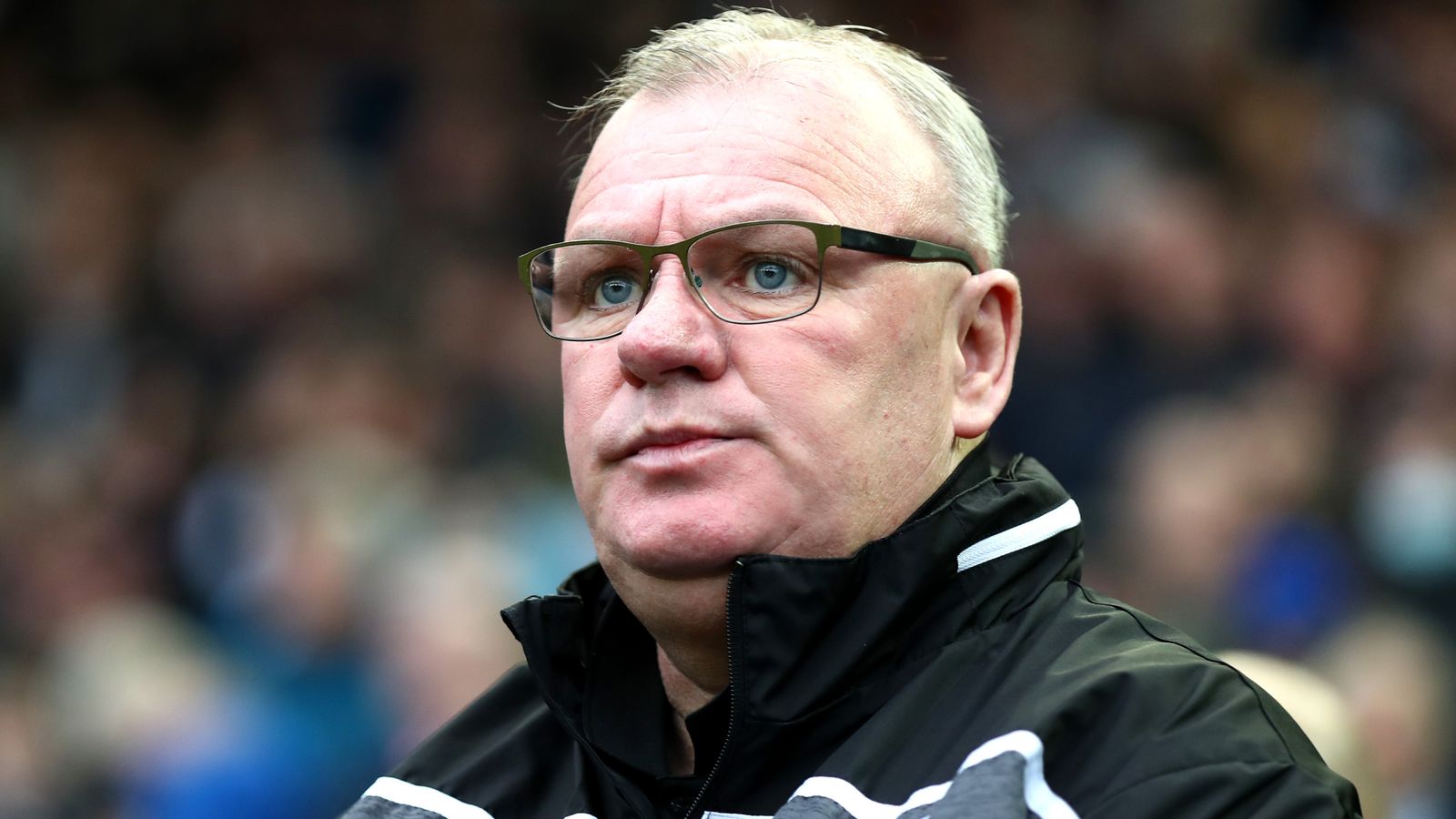 “The weekends are tough now,” Steve Evans tells Sky Sports. It is a curious comment as he looks out over his sun-kissed garden in Rutland. Nevertheless, this is the mindset of the out-of-work football manager.


“I am a bit of home bird now, I walk the two dogs and we are a close, loving family, but I think I still have another big project in me,” he explains. “I think I have another Rotherham in me. And when you have done something like that, you want it again.”

The 59-year-old Scot is referring to his back-to-back promotions with the Yorkshire club. Even excluding his achievements at Rotherham, there have been no fewer than five league titles in English football’s lower leagues, won with Stamford, Boston and Crawley.


For now, following his departure from Gillingham last month, he prepares. Attending two games in a day is not unheard of. “You are always trying to further your education, prepare across different levels.” Last weekend, it was Spalding and Peterborough.

In the short time since his last job, Evans has visited three Premier League clubs. “Watching training, watching the preparation.” There is a trip up to Glasgow planned to see Giovanni van Bronckhorst. “I have not told my family up there yet. They are Celtic fans.”

His own education takes precedence. “It will be interesting to see how his staff prepare for games. I can easily do a good comparison because I have seen Steven Gerrard and Gary McAllister prepare the same players. The learning continues all the time.”


At youth games, in particular, he is guided by the golden rule of the former Scotland manager Craig Brown, his old boss at Clyde. He never checks who is playing. “It influences you. He would say, ‘Put the team sheet in your pocket and let the eyes tell you.’

It does not always work. There was the time he watched Tottenham U23s and thought he had identified a loan prospect only to be told he was a new multi-million pound signing. Even the academy games can be out of reach for the lower-league manager now.

“At Liverpool, I had a coffee with Alex Inglethorpe, the academy director, having identified four players. I had no chance. At City, I liked the kid Cole Palmer who just scored against Swindon in the FA Cup. I just love how he comes off the right on his left foot.

“I told them I liked him.

Laughing heartily, he adds: “Sometimes it does help to look.”

Evans is not afraid to be the butt of the joke, there is a humility there. He recalls the time at Leeds United he had to tell his striker Chris Wood he was carrying a few extra pounds. “I am telling him he is overweight and he is looking at me!”

But what comes across most clearly is that this is a man with contacts at every level of a game he has been steeped in for much of his life. There are tales of Sir Bobby Robson and of the time he persuaded Paul Gascoigne to turn out for Boston United.

Becoming Leeds United manager in 2015 elevated him to another level.

“I had never spoken to Arsene Wenger in my life. The day I was appointed at Leeds, I had a call, ‘This is Arsenal Football Club, I have Arsene Wenger for you.’ He was congratulating me. Sir Alex Ferguson was on the phone. All these people from the football world.

“You then realise that while you have been around football, when you are the Leeds manager it is news everywhere.” Even now, he is grateful to have been associated with the club. “I feel immense pride. You cannot not be happy at Leeds United.”

It was an opportunity he had earned following his success at Rotherham.

“We were in the top seven or eight budgets in League Two and got promoted.” Then they did it again. “We did not spend loads in League One, I think it was the ninth biggest budget when the spend was done but again we signed lads who made a difference.”

Recruitment kept them in the Championship too, the loan signing of Emiliano Martinez, now of Aston Villa and Argentina, proving decisive in the final months of the season.

“I always remember Tony Stewart, the chairman, saying, ‘When has this boy ever played in the first team at Arsenal?’ I said, ‘He played against Borussia Dortmund in the Champions League and kept a clean sheet.’ He said, ‘Oh, I think we can do that deal then!’

“It was not him in isolation who kept us up but if we had not signed Emi we would not have survived in the Championship. He was just outstanding.”

He readily admits that Rotherham was the happiest time of his career, even though there was huge success at Crawley and he has family ties at another former club Peterborough. “Once a Miller, always a Miller. It is such a hard-working town. Salt of the earth.”

Evans relished upsetting the natural order of things in south Yorkshire and it is still appreciated in the town. He returned with Gillingham in December and was treated to a lengthy standing ovation as the home supporters chanted his name.

“That makes the hairs on the back of your neck stand up,” he says.

At Leeds, he lasted longer than most under unpredictable former owner Massimo Cellino. He arrived with the club three points off bottom in October and left in the summer having finished just one point outside the top half of the table. “People forget that,” he says.

“The budget was not what it would be when Andrea [Radrizzani] took over from Massimo. The objective was to keep them away from relegation. We got to Christmas with a chance of the play-offs but the plan was to sell so he did not want to spend the money.”

Evans was more than a coach there, negotiating Sam Byram’s move to West Ham – for more money – when Cellino wanted to sell the young full-back to Everton. “That was the sort of thing I was having to do because we had no director of football,” he recalls.

“I was then told we had some loan players lined up. It did not happen because Mr Cellino changed his mind at 4pm on deadline day.” There was confusion too over his own future – when a sale was agreed the original plan to keep him on as manager was changed.

“The new owners wanted someone who had coached in the Premier League. What could I say? They appointed Garry Monk who had left Swansea after finishing eighth. Ultimately, Massimo gave me the chance to manage one of the biggest clubs in the world.” 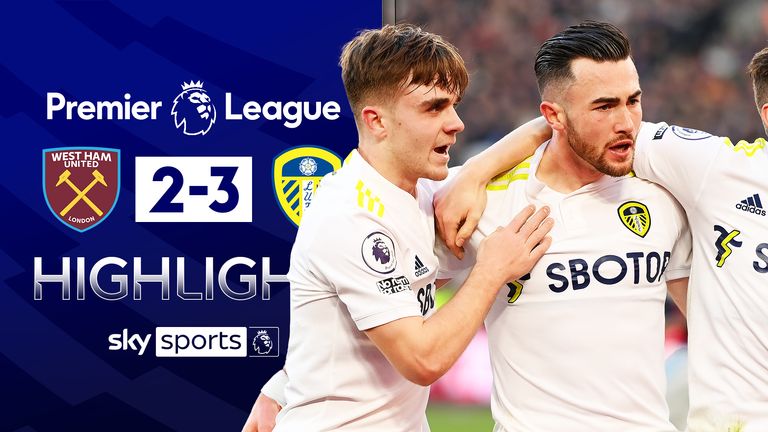 FREE TO WATCH: Highlights from Leeds’ recent away win over West Ham

Evans’ successes since then have been less dramatic. Two top-10 finishes with Gillingham were impressive given the budget but results fell away this season, his squad badly hit by the coronavirus crisis. “You can blood one youngster. We were blooding two or three.”

It is a reminder that there have been lows as well as highs. Most notably, there was the tax fraud he was caught up in at Boston. The issues predated his arrival but he kept quiet. “My grandkids will have to read about it one day. I will have to live with that.”

That was more than two decades ago now. Even the boisterous touchline behaviour has been toned down, although Evans is keen to point out that even the best coaches in the world have been known to indulge in similar histrionics – you just can’t hear them.

“If you stand behind Jurgen Klopp and listen to him, do you think he’d be heard shouting if there were 3,000 there instead of 43,000? Of course he would. All day, he never stops. Stand behind Pep when he bounces off the bench and starts yelling at the fourth official.

“Tony Stewart at Rotherham, he wanted me to be a warrior for his football club. He said, ‘I cannot take any more managers who don’t appeal for decisions or get the players up for it. I have invested too much. I want to see passion, hunger, desire and fight.’

“You are playing the percentage game. ‘That’s a penalty, ref!’ If not, you are hoping that the next one falls in your favour. I have had that go against me and go for me. But, to be honest, I think we have the highest level of integrity in this country in terms of officials.”

There has always been more to Evans than the caricature. He describes Guardiola as a genius and it is obvious that a manager does not achieve so many promotions at so many different clubs without being able to shed some light as well as bring the heat.

Nothing highlights that better than perhaps his finest hour, helping Rotherham to come from two goals down against Leyton Orient at half-time in the League One playoff final in 2014. The players were in shock, looking for leadership rather than a rollocking.

“There was no point going after players at Wembley when we are two down. It required a different mentality. What I had in front of me were good players. I had to find a way to turn it around. What can we do to enhance something? What can we do to change it?

“I remember going into the little side room at Wembley. I decided we would bring Wes Thomas off, who was a striker, and bring Richard Brindley off the bench, who was a great lad, a right-back who had played just a handful of games for us.

“Tony Stewart said to me afterwards, ‘When you made that sub, I thought, what is he doing?’ But it opened up the team. Kieran Agard went up top and I needed James Tavernier, our right-back, further forwards. We managed to come back and win promotion.”

It is the kind of decision-making that comes with experience, fond memories now for a man who has spent half a lifetime in management. He is adamant that he is not done yet.

In the past, moves to MLS and China have been turned down. Even Scotland is unlikely now. His 10-month old grandchild will keep him in England, but that is ideal because this is a football pyramid that Evans knows better than just about anyone else.

“If I was given the same project I was given at Rotherham now, I would do it quicker and better. I could keep someone in the league but I am also up for winning promotion given a competitive budget. Winning feels the same whether it is at Stamford or at Leeds.

“The buzz of that three points, it just drives you.”