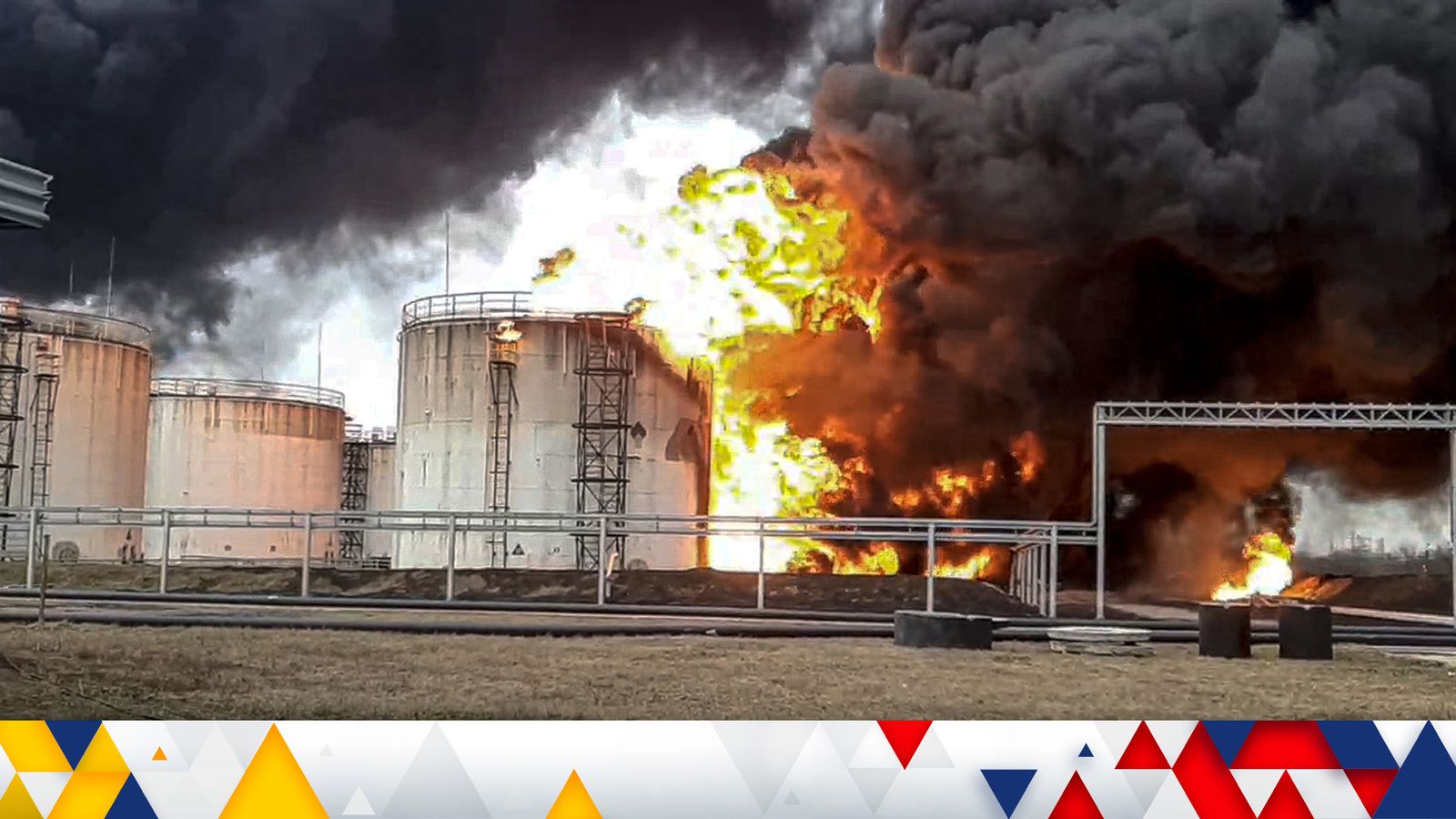 The International Committee of the Red Cross (ICRC) has said it is sending staff to of Mariupol – and is hopeful evacuations of thousands of civilians from the the besieged Ukrainian port city can begin on Friday.


Ukraine had said Russian forces blocked scores of buses sent to evacuate people from the city late on Thursday – and seized 12 lorries full of humanitarian supplies.

But ICRC spokesman Ewan Watson told a briefing on Friday: “We have permission to move today and we are en route to Mariupol.


“We are hopeful it (the safe passage operation) will commence today.”

The Red Cross said a team of three cars carrying nine staff members were en route, in the hope of leading a convoy of about 54 Ukrainian buses and a number of private vehicles out of the city.

Mr Watson said the Red Cross was not allowed to take humanitarian aid with the convoy, and left without the medical and other supplies it had pre-positioned in the city of Zaporizhzhia.


“The situation is horrendous and deteriorating, and it’s now a humanitarian imperative that people be allowed to leave, and aid supplies be allowed in,” he added.


Up to 5,000 people have been killed in Mariupol and an estimated 170,000 are still trapped and struggling without food, water, or electricity, according to the mayor.

• US President Joe Biden announced the release of a record 180 million barrels of oil to cool crude prices that have increased due to the war
• Peace talks between Russia and Ukraine are due to resume today. There has been little progress so far
• The Russian defence ministry said it would open a humanitarian corridor from Mariupol to Zaporizhzhia today, but Ukraine says this has not happened
• Russia’s President Vladimir Putin ordered 134,500 new conscripts into the army, although the defence ministry says this has nothing to do with the war and is, instead, part of its spring draft
• Ukraine’s defence ministry said Russian forces killed 148 children during shelling and airstrikes since the invasion started in late February, although those numbers cannot be verified

While Russian troops are building up outside Mariupol, Kyiv says Ukrainian forces are still holding the city – a gateway to the Black Sea which links a strategic corridor between Donbas and the Russian-annexed Crimea peninsula.

Tens of thousands have been trapped there for weeks with scant food, water and other supplies in the city that was once home to 400,000 people but has been devastated by bombardment.

Reports emerged on Friday morning that Ukrainian helicopters had destroyed a fuel depot in Belgorod – in what would be the first airstrike by Kyiv’s forces on Russian territory since the conflict began.

He added that some areas in the city were being evacuated following the attack.

Footage posted online of a fire at the depot in Belgorod has been geolocated by Sky News.

A Ukrainian official told Germany’s Bild newspaper they did “not have this information” when asked about the incident.

It came as British defence officials said Moscow was redeploying forces to Ukraine from Russian-backed breakaway regions in Georgia.

The UK’s Ministry of Defence said between 1,200 and 2,000 of these Russian troops were being organised into three battalion tactical groups.

“It is highly unlikely that Russia planned to generate reinforcement in this manner, and it is indicative of the unexpected losses it has sustained during the invasion.”

The MoD also said Ukrainian forces had retaken the villages of Sloboda and Lukashivka to the south of Chernihiv and located along one of the main supply routes between the city and Kyiv.

It reported Ukraine had continued to make successful but limited counter attacks to the east and north east of Kyiv – which has continued to face bombardment, along with Chernihiv, despite Moscow claiming to have reduced activity in both cities.

But Ukraine’s President Volodymyr Zelenskyy warned that Russia was instead moving towards a renewed push in the southeastern Donbas region.

He described the situation in the region – parts of which are controlled by Russian-backed separatists – as “extremely difficult”, adding that there are “battles ahead”.

Mr Zelenskyy said: “We know that (Russian troops) are moving away from the areas where we are beating them to focus on others that are very important – on those where it can be difficult for us.”

Russia has said it will concentrate on “liberating” Donbas, adding that the winding down of operations near Kyiv and the northern city of Chernihiv is to increase “mutual trust and create conditions for further negotiations”.

Russian foreign minister Sergey Lavrov said on Friday that there was “movement” on peace talks and that Moscow was preparing its response to Ukrainian proposals.

“There are no finally approved plans, certainly negotiations should continue,” he said.

“You heard how our negotiators commented on the last round [of talks] in Istanbul, where for the first time the Ukrainian side recorded its vision on paper, the agreements need to be reached and this agreement must be formed.

“This is now recognised as an absolute need. And you’ve also seen that they are more understanding of another reality, the situation with Crimea and Donbas.

“As for potential future contacts, they are now being elaborated and there will be an announcement.”

The site of the world’s worst nuclear accident was taken by the Russians near the beginning of the war but, according to one employee at the site, the troops had been unaware of the danger still posed by radiation there.

Energoatom said the soldiers had received “significant doses of radiation” after digging trenches and other fortifications in the forest around the plant.

Signs of illness “showed up very quickly”, Energoatom said, adding that this had prompted the soldiers to “panic” and head for Ukraine’s border with Belarus.

Workers told Reuters news agency that a convoy had driven through the forest around the plant without radiation gear, which they described as “suicidal”.