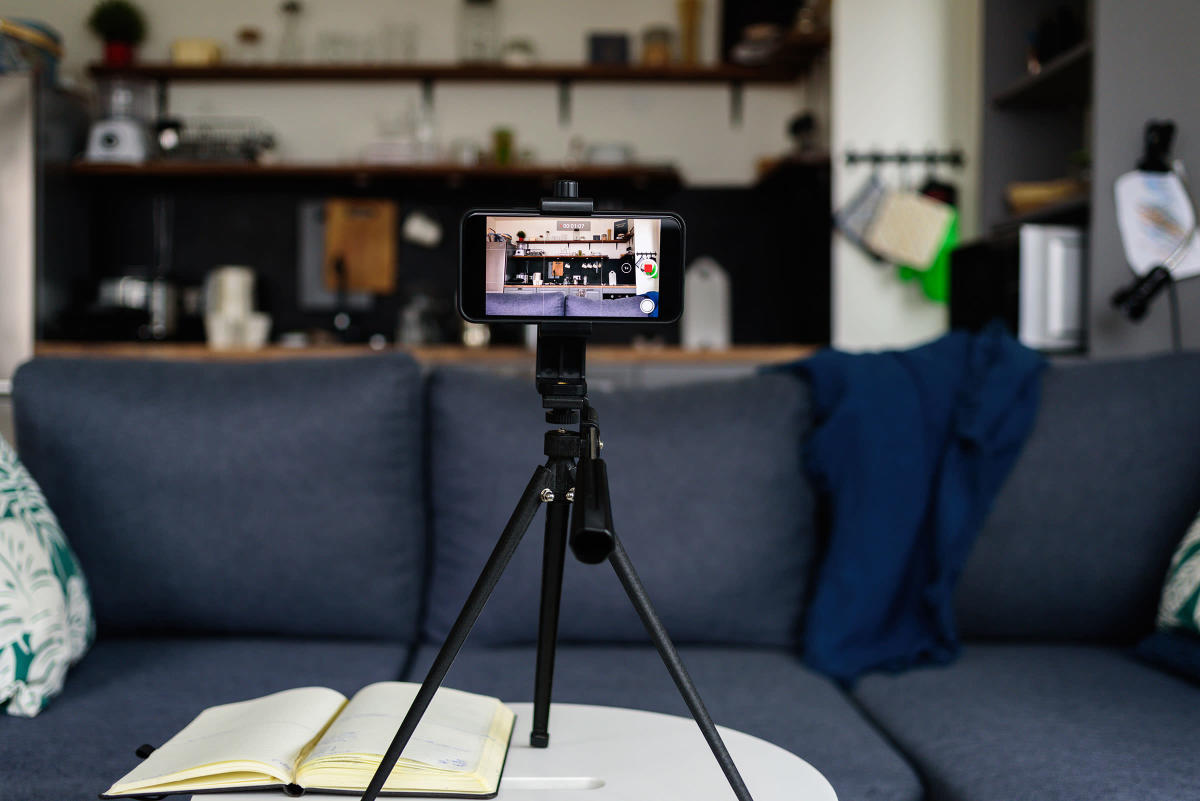 
Nearly three times as many children want to be a YouTube star when they grow up than those who dream of being an astronaut. But influencers are starting to shift their goals, too—making more and more of their money elsewhere, away from the platforms that originally launched their brands.

Almost two-thirds of YouTube channels now try to make money from their content elsewhere—by linking out to crowdfunding platforms, selling merchandise such as t-shirts, or directing audiences to their OnlyFans accounts—according to a recent analysis of 136,000 channels.


This change points to a broader tectonic shift for people who rely on big tech platforms to make money from their creative work. More and more, they’re pushing back against platforms such as YouTube, Instagram and TikTok, and looking for more independence over their income that doesn’t depend on the whims of platforms.

When your paycheck depends on an algorithm

YouTube creators were among the first to experience what happens when a platform’s algorithm decides to stop paying you.

Five years ago, a so-called adpocalypse struck YouTube—a phenomenon that tanked creators’ income almost overnight. Sparked in part by a 2017 news report that found big brands were paying for their products to be advertised on terrorist recruitment videos, advertisers pulled their cash from YouTube, and creators’ income dropped quickly and severely.


But lately, YouTube has implied that the platform’s creators have recovered and are making more than ever. The CEO of parent company Alphabet, Sundar Pichai, told analysts on Alphabet’s full year 2021 earnings call that the number of YouTube channels earning more than $10,000 a year from ad revenue on the platform has increased 40% year-over-year.


“From day one, [YouTube has been] very focused on making sure we can support creators well,” he said.

History—including the adpocalypse—doesn’t necessarily support that claim. In fact, says Zoe Glatt at the London School of Economics, who studies YouTubers’ life and businesses, creators are now tapping into multiple income sources to maintain stability.

“Content creators are required to diversify their labor and income streams across many platforms and projects if they hope to build sustainable audiences and careers,” says Glatt. “At a fundamental level, there is a deep-seated anxiety in the creator community that a platform that appears to be a pillar of the social media ecology can disappear overnight.”

That anxiety is a recurring theme amongst creators who rely on other online platforms, too. On April 11, tens of thousands of Etsy sellers closed their shops in protest of rising fees for every sale they land through the platform. The most recent price hike saw selling fees increase to 6.5% of every transaction, almost double the pre-2018 fee of 3.5%.

TikTok’s nascent creator base has also been restive after a highly anticipated Creator Fund turned out to pay pennies on the dollar for every 1,000 views. In a recent video, YouTuber-turned-TikToker Hank Green lambasted the shortform video app for its poor payouts. “[They’re] bad for creators,” he said.

Other platforms have faced similar issues. Creators who post on OnlyFans became all too aware of the precarity of their income in August 2021, when the platform appeared to indicate any creator posting adult content—which was and is OnlyFans’ core component—would be banned from the platform due to a dispute with the site’s payment provider. The decision was reversed after a major backlash, but the dispute pushed some creators to competitors’ platforms, seeking alternative ways of ensuring their income stayed steady.

The world of YouTube is one of polar opposites: the highest earning YouTuber in 2021, Jimmy “MrBeast” Donaldson, raked in an estimated $54 million last year.

That comes from a split of advertising revenue earned by creators’ videos, as well as other options, such as direct gifting and paid subscriptions. YouTube takes about 30% of any income from its creators. For the vast majority of creators, their cut doesn’t add up to much, if they’re hoping to make a living at it. A major 2016 academic study suggests 96.5% of YouTubers don’t make enough money from ad revenue alone to break the US poverty line. In 2008, just 2.8% of YouTube channels in the sample linked to an external fundraising platform. By 2018, that was 20%.

For some creators, it’s not just that YouTube doesn’t pay well enough, it’s that their income streams could vanish altogether based on a seemingly arbitrary decision. Platforms like YouTube were originally pitched as ways to make money that were independent from traditional gatekeepers like studios and publishers. Instead it can feel like one’s income is being held hostage.

Jay Hunter, one part of the pro wrestling-focused OSW Review YouTube channel, which has 182,000 subscribers, says he’s constantly worried about YouTube income disappearing. The entire OSW Review YouTube channel was mistakenly removed from the ad revenue program in September 2019, and was only reinstated after a social media campaign by fans launched on Twitter. “YouTube is a nightmare to navigate as a creator, as its rules are intentionally opaque, allowing them to make decisions it sees fit,” says Hunter. He calls it a “volatile platform changing its preferences with alarming nonchalance.“ Hunter’s channel instead relies on Patreon subscriptions from more than 2,000 fans totalling more than $10,000 a month, and merchandise sales.

Simon Clark, who makes video essays on climate topics and has 422,000 subscribers, says he’s still mostly dependent on YouTube—with no plans to walk away. But Clark wants to be ready in case his YouTube-based income drops. “I know that it’s highly unlikely YouTube will just disappear tomorrow,” he says. “But I still like having alternative monetization strategies in the event that YouTube falls apart or, more likely, I want to walk away from it.”

In an emailed statement, a YouTube spokesperson said: “These creators are true businesses and they’ve added to the creator economy in significant ways so we would expect them to diversify their revenue streams.”

YouTube, for its part, has encouraged creators to appeal when their channels are demonetized. The company also now offers nearly a dozen in-house programs for creators to make money that don’t rely strictly on ads—seemingly trying to replicate models like Patreon. But that still requires a lot of faith in one platform. Poet and vlogger Leena Norms, who has 162,000 subscribers, has turned down YouTube’s offers to sign up to its Patreon equivalent. When it comes to Patreon, she says, “ I trust them.”

Glatt says that it’s no longer enough to simply be ‘just’ a YouTuber; you’re expected to be a brand, producing for YouTube, TikTok, Instagram, Twitch, and any other platform that will come along in the future.

“Entrepreneurial creators understand themselves as cross-platform, multi-media brands, simultaneously dependent on and independent from the platforms that they work across,” says Glatt.

For some who build their careers on tech platforms, getting income from alternate sources isn’t enough—they believe it’s time to band together and rebalance the power.

Etsy sellers’ recent strike is an attempt to make the platform take notice of creators’ demands, while Twitch streamers have previously used content blackouts as a way to try and protest what they perceived as inaction by the video streaming platform to tackle abuse directed at users.

For YouTube creators though, efforts to pressure the platform for a bigger cut of ad revenue haven’t gotten off the ground.

Several unionization drives have launched in the last decade without success, including the Internet Creators Guild (ICG)— which launched in 2016 and closed in 2019, saying it couldn’t find a way to be financially viable.

The YouTubers Union established in Germany, and a similar UK-based endeavor, The Creator Union, launched in 2020 with much fanfare—but neither has made much headway.

In the absence of meaningful collective change, creators have to muddle toward a sustainable, shock-proof income–in case something like the adpocalypse strikes again. Even MrBeast doesn’t earn all his cash from ads alone: he launched a burger brand in December 2020.

Norms says: “If people were only relying on YouTube for income, there’d be very few full-time YouTubers in the world.”