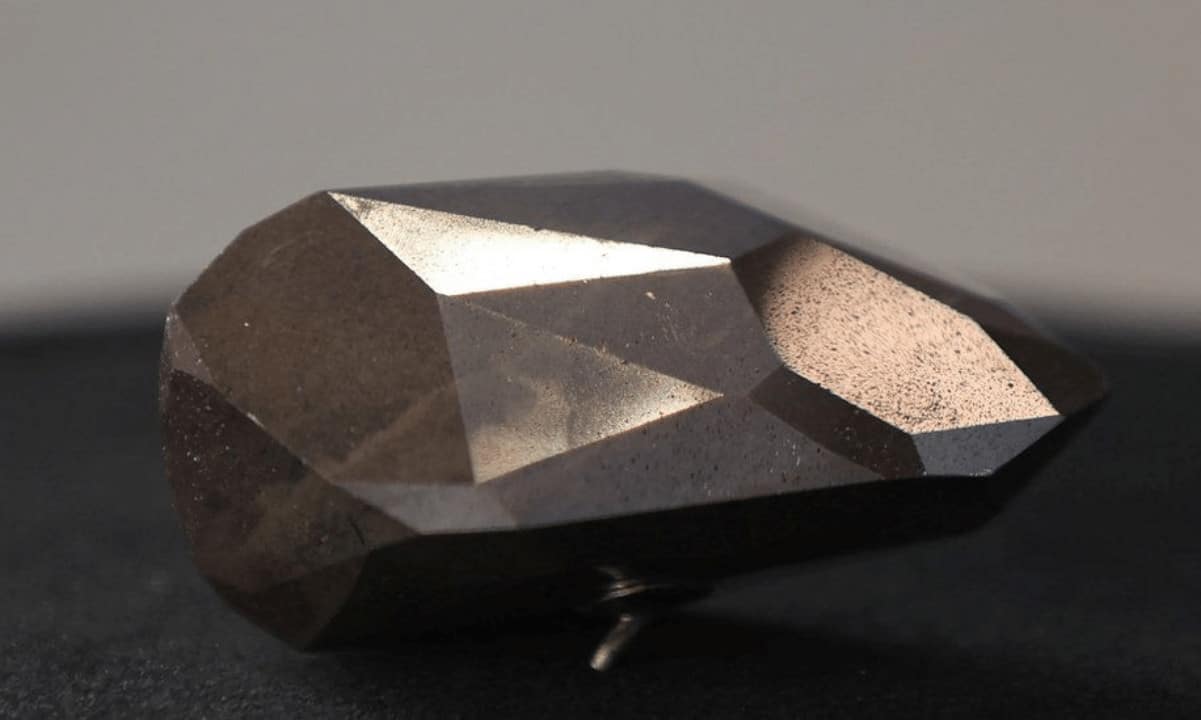 
“The Enigma” – a billion-year-old black diamond considered to be the largest cut in the world – was sold for a whopping $4.3 million worth of digital assets. The owner of the jewelry is now the American entrepreneur Richard Heart who renamed it the “HEX.com diamond” after his blockchain organization.

Earlier this year, the leading marketplace for art and luxury – Sotheby’s – announced it will host an auction for a rare 555.55-carat diamond that can be sold for cryptocurrencies. The jewelry was displayed in London between February 2 and February 9, where Richard Heart – a social entrepreneur, author, and philanthropist – purchased it for $4.3 million worth of digital assets.

The American is a cryptocurrency veteran as he is the creator of the blockchain company HEX. In a recent tweet, the 42-year-old informed that the jewelry will bear the name of his entity – “HEX.com diamond.” However, he did not reveal the type of cryptocurrencies he used.

Unlike most diamonds located deep in the planet, the aforementioned one was found on the surface, indicating that it could have come from space.

“It is thought that this specific type of black diamond was created either from meteoritic impacts producing natural chemical vapor deposition or an extraterrestrial origin – from supernovae explosions that formed diamond-bearing asteroids which ultimately collided with the Earth,” Sotheby’s explained.

With that said, experts estimated that the diamond could be from 2.6 to 3.8 billion years old. In its rough form, the jewelry weighed over 800 carats.

Despite being the largest and one of the rarest diamonds, the “HEX.com diamond” is not the most expensive, which Sotheby’s has auctioned in exchange for cryptocurrencies.

Last summer, the company sold the “Key 101.38” for around $12 million worth of digital assets, making it the most expensive physical object ever auctioned this way.

The company did not reveal the name of the mystery bidder. However, they purchased the jewelry in either Bitcoin (BTC) or Ether (ETH) as these were the only two assets accepted by Sotheby’s.

SPECIAL OFFER (Sponsored)
Binance Free $100 (Exclusive): Use this link to register and receive $100 free and 10% off fees on Binance Futures first month (terms).

PrimeXBT Special Offer: Use this link to register & enter POTATO50 code to receive up to $7,000 on your deposits.